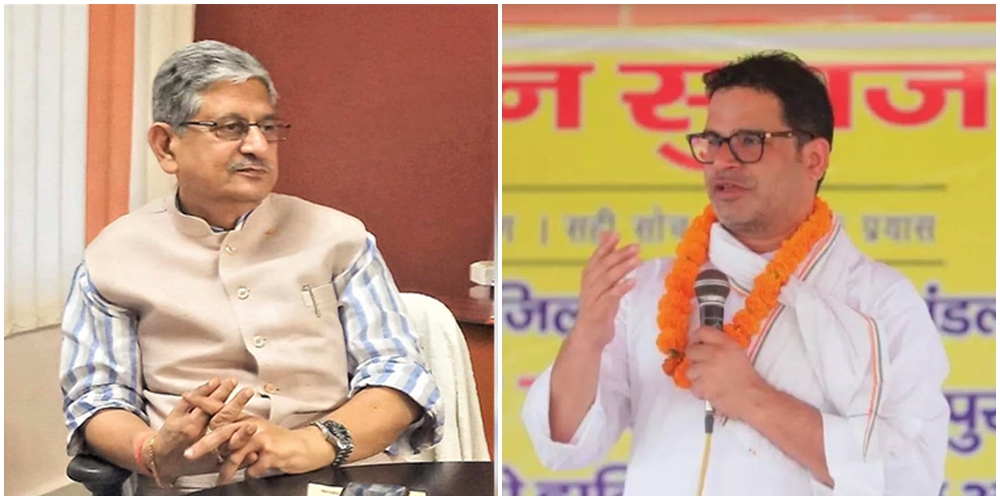 JDU also raised the question that from where is the funding release for Prashant Kishor’s ‘Jana Suraj’ campaign?

Lalan Singh said on Monday, “The people of Bihar know how much development has happened under Nitish Kumar’s rule. We do not need Prashant Kishor’s certificate. Like any other citizen, he has the right to travel and protest. “

He also said, “Prashant Kishor may name his campaign, but it is clearly visible that he is working on behalf of BJP. The kind of publicity he is giving raises doubts.”

Where did the fund for full page ads release from?

Lalan Singh raised the question and said that whatever name Prashant Kishor may give to his campaign, but it seems that he is working on behalf of BJP. The way he is spending money for publicity raises doubts. Lalan said how often even a well-established party advertises a full page. He has advertised for his padayatra only yesterday.

Where is CBI, Income Tax and ED?

Lalan asked why the Income Tax Department, CBI and ED do not take cognizance of the matter. He alleged that the only essence of all these things emerges that he is enjoying the support of the people ruling at the Centre. JDU’s remarks came a day after BJP state spokesperson Nikhil Anand issued a statement calling Kishor a political middleman who has a secret internal pact with Nitish Kumar.

Lalan Singh’s statement came after BJP spokesperson Nikhil Anand’s statement that he called Prashant Kishor a ‘political middleman’ and said that he knows the pulse of Nitish Kumar.

Noted election strategist Prashant Kishor has said that he has now decided to completely change the image of his home state and has now left the work of electoral strategy.