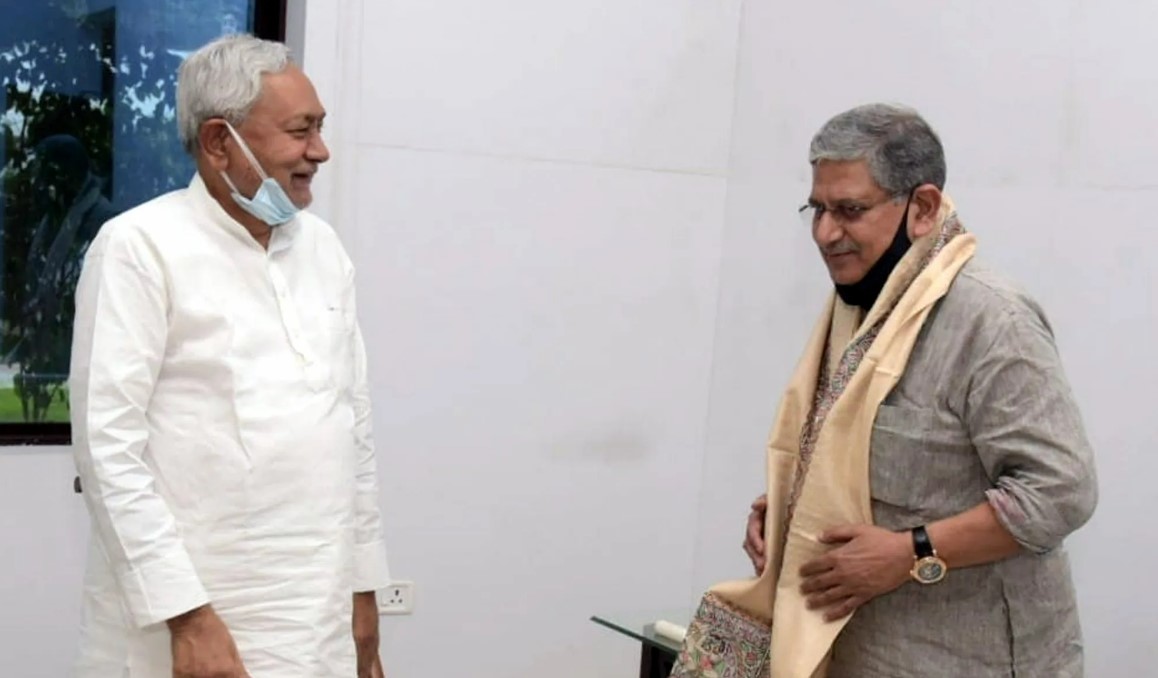 Top agendas may be discussed in the meeting. Likely to preparation for Mission 2024

PATNA: The round of meetings in Bihar’s ruling party JDU will start from today. On Saturday there will be a meeting of the party’s national executive and state executive. Where the next strategy and top of the agenda of the party leadership to be decided. JDU National Council meeting will be held on 4th September in Karpuri Auditorium. National office bearers, MPs, MLAs, MLCs and all state presidents will also be attended the meeting.

In meetings hold by JDU, from the membership campaign of the party to upcoming elections will also be decided. Along with, the party will also plans strategic preparations for the 2024 Lok Sabha elections. Important decisions can also be taken in this meeting, especially regarding Nitish Kumar.

All vision are on what is decided in the important meeting of the National Executive. All the veteran leaders of JDU of the country and state will be present in this meetings.

These agendas may be discussed in the JDU meeting. Likely to preparation for Mission 2024

According to the information, multiple agendas will be discussed in the National Executive meeting of JDU to be held today. At 2.30 pm, there will be an open discussion on the agenda set in the national executive. While, there will be talk on how to take the party forward in the country.

Along with strengthening the party in Bihar, a decision will be taken in the meetings regarding the elections to be held in other states and the strategy will be prepared. Meanwhile, some leaders will also be given the responsibility for the 2024 mission and the party to get the status of a national party. The party has also given indications about Nitish Kumar’s role in the national scene with its new posters and it will be stamped in these meetings as well.

A big blow to the party in Manipur before the important meeting of JDU, 5 MLAs join BJP

Bihar’s ruling JDU has suffered a major setback in Manipur. 5 MLAs of the party have joined the BJP. Where on the one hand JDU is trying to strengthen itself in other states. Meanwhile, in Manipur, five party MLAs have parted ways with the Bharatiya Janata Party. The whole incident happened when the JDU National Council meeting is going to be held on 3rd and 4th September. In which Bihar CM Nitish Kumar and JDU President Lalan Singh will be involved.

JD(U) had fielded candidates in 38 seats in the assembly elections held in March this year, out of which it won six.