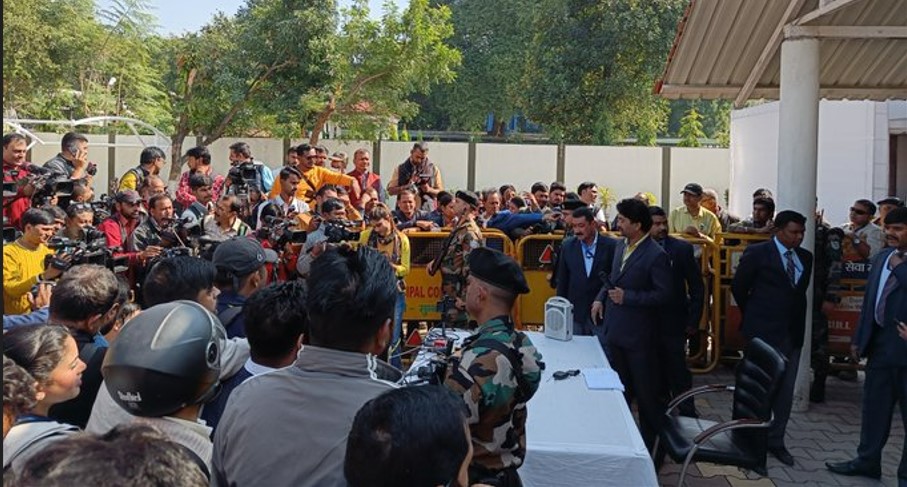 RANCHI: Jharkhand Chief Minister Hemant Soren held a press conference at his residence before appearing for the ED office for questioning in the illegal’s mining case. During the press conference Soren made several allegations against the Governor, BJP and central agencies.

He has said that ‘ED has talked about illegal mining of Rs 1000 crore. But, it is a matter of thinking that how many crores of rupees will have to be mined for a scam of Rs 1000 crores in Sahibganj district.

Can such a big scam be done in such a small district? The ED has been probing it for two years. They should tell from where they got such evidence. What is the basis of his allegations.

Conspiracy to destabilise my govt, alleges Jharkhand CM Soren prior to appearing before ED in mining case

Hemant Soren also said, ‘I am the Chief Minister of the state. I am on a constitutional post. Despite this, I was summoned as if I am about to leave the country. There is no example of a politician leaving the country except businessmen.

Accusing the Governor of Jharkhand, Soren has said that ‘a conspiracy is being made to topple my government’. The Election Commission has sent its opinion to the Governor months ago but the Governor did not open the envelope. Looks like they are also waiting for some time.

Along with this, Soren has said that ‘I have come to know that preparations are being made to raid the houses of some more UPA MLAs and give them notices’.

After talking to the media, Chief Minister Hemant Soren went to the Enforcement Directorate (ED) office on Airport Road, Ranchi. There he will be questioned.

Behind his convoy, a crowd of hundreds of party workers is also going towards the ED office. While he was holding the press conference, the workers standing outside kept shouting slogans of Hemant Soren Zindabad.