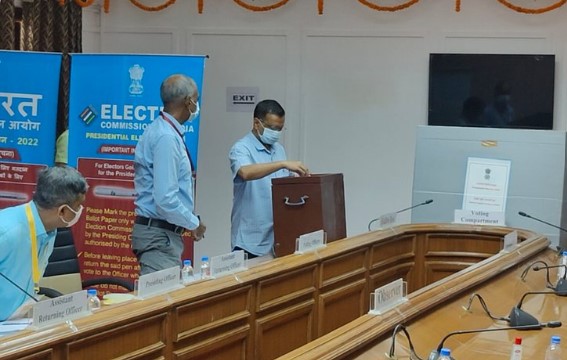 NEW DELHI: Delhi Chief Minister and AAP convener Arvind Kejriwal cast his vote in the Presidential election at the Delhi Assembly on Monday.

The AAP is the only non-BJP, non-Cong outfit having governments in two states, Delhi and Punjab.

It has 10 Rajya Sabha MPs from the two states including three from Delhi. Also, the party has a total 156 MLAs including 92 Punjab, 62 in Delhi and toe in Goa.