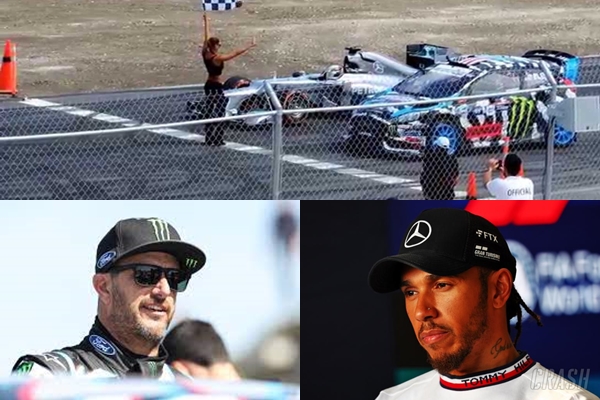 WASHINGTON: Ken Block, a professional rally driver and YouTube star, died on Monday in a snowmobile accident in Utah. He was 55-years-old. Police said Block was riding a snowmobile on a steep slope which then upended and landed on top of him. He was pronounced dead at the scene of the crash.

According to the official, Block was riding a snowmobile on a steep slope in the Mill Hollow area of Wasatch County Monday afternoon when “the snowmobile upended, landing on top of him,” the Wasatch County Sheriff’s .

Lewis Hamilton took to Instagram to react to the tragic news. He wrote: “I’ve been mostly off social media to focus on my health and well-being. Today, I received news of the loss of a dear friend. I am devastated to hear of Ken Block’s passing.

“He was such an amazing person, always lived life to the fullest. I remember our first time working together and how positive he was. So much talent behind the wheel. Years ago, we had an amazing time heli-skiing and snowboarding in Canada.

Former F1 champion Jenson Button also wrote: “In shock at the passing of Ken Block. Such a talent that did so much for our sport. He was a true visionary with his own unique style and infectious smile. Our sport lost one of the best today but more importantly a great man. Sending love and hugs to the Block family.”

Block was pronounced dead at the scene.

He was riding with a group, but the sheriff’s office said Block was alone when the accident occurred.

“We are saddened to hear of the loss of Kenneth and our hearts are with his family and friends so deeply affected,” the sheriff’s office said.

He leaves behind his wife, Lucy, and three children.

Earlier on Monday, Block posted photos on his Instagram stories of himself driving in heavy snow.

“Ken was a visionary, a pioneer and an icon. And most importantly, a father and husband. He will be incredibly missed,” the statement said.

“More importantly, Ken was a father, husband and loyal friend. Our thoughts are with all those who knew him. He will be missed, but his wide-ranging legacy lives on,” the statement said.