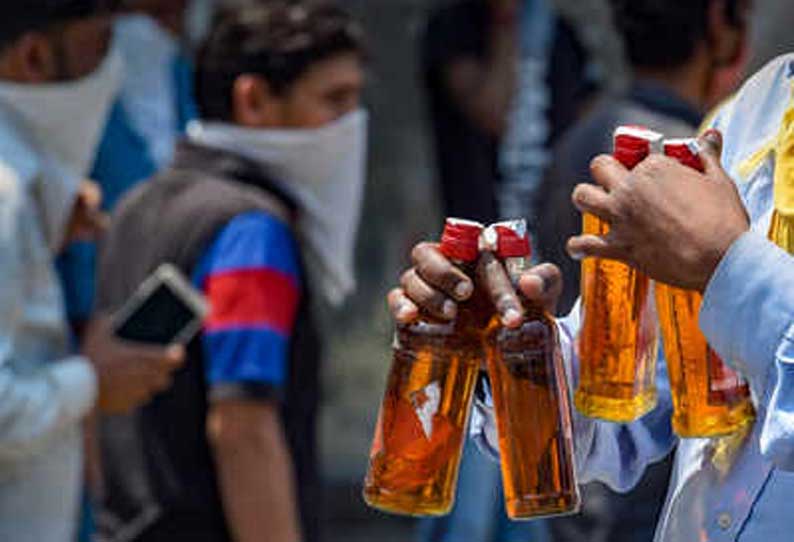 NEW DELHI: In the capital Delhi, once again Long queues have been seen outside liquor shops since Saturday morning. In fact, taking a U-turn on the new excise policy, the Delhi government has decided to withdraw it for the time being. Due to this, people are hoarding stock due to fear of closure of liquor shops.

Delhi Deputy Chief Minister Manish Sisodia said on Saturday that the Delhi government, taking a U-turn on the new excise policy, has decided to withdraw it for the time being and has directed the sale of liquor through government-run shops. He said that the Chief Secretary of Delhi has been directed to ensure that liquor is now sold only through government shops and there is no chaos.

Several days after the Delhi Lieutenant Governor recommended a CBI probe into the new excise policy implementation, the AAP-led government has decided to go back to the old regime of retail liquor sale in the national capital.

Under the new excise policy, 468 private liquor shops operating in Delhi will be closed from August 1 due to the expiry of their licenses. The period of this policy was extended twice after April 30 for two months each. This period will end on July 31.

Sisodia targeted the Bharatiya Janata Party (BJP) alleging that they (BJP) are running illegal liquor business in Gujarat and now they want to do the same in Delhi.

Sisodia also alleged that the BJP was using agencies like the Central Bureau of Investigation (CBI) and the Enforcement Directorate (ED) to intimidate the licensees and excise officials of liquor shops. He said that many licensees have now closed their shops and the excise officials were scared to start open auction of retail licences.

“They (BJP) are threatening shopkeepers, officers with ED and CBI, they want legal liquor shops to be closed in Delhi and earn money from illegal shops. We’ve decided to stop the new liquor policy and ordered to open govt liquor shops”, he added.

As per the official document, the finance department has ordered the excise commissioner to coordinate with the heads of four corporations of the government for details of liquors vendors operated by them before the new excise policy came into effect from November 17, 2021.