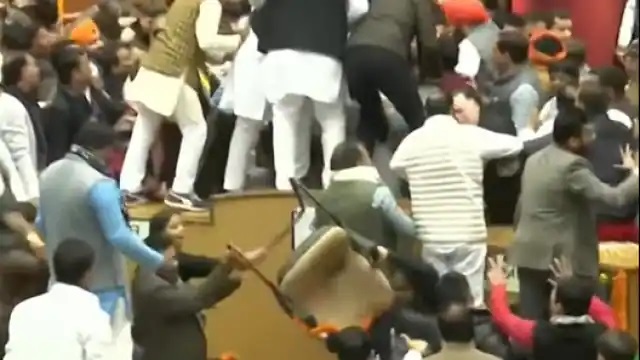 NEW DELHI: As soon as the meeting of the newly elected Municipal Corporation began on Friday, a dispute broke out between the councilors of the Aam Aadmi Party and the Bharatiya Janata Party over the  10 aldermen appointed by Lieutenant Governor VK Saxena.

#WATCH | Delhi: Ruckus at Civic Center as BJP, AAP councillors clash with each other amid ensuing sloganeering ahead of Delhi Mayor polls. pic.twitter.com/v1HXUxawSC

The election of Mayor and Deputy Mayor of Municipal Corporation of Delhi is to be held under his chairmanship.

The Aam Aadmi Party alleges that Lieutenant Governor VK Saxena is nominating such BJP leaders to the Municipal Corporation who are not experts in civic issues.