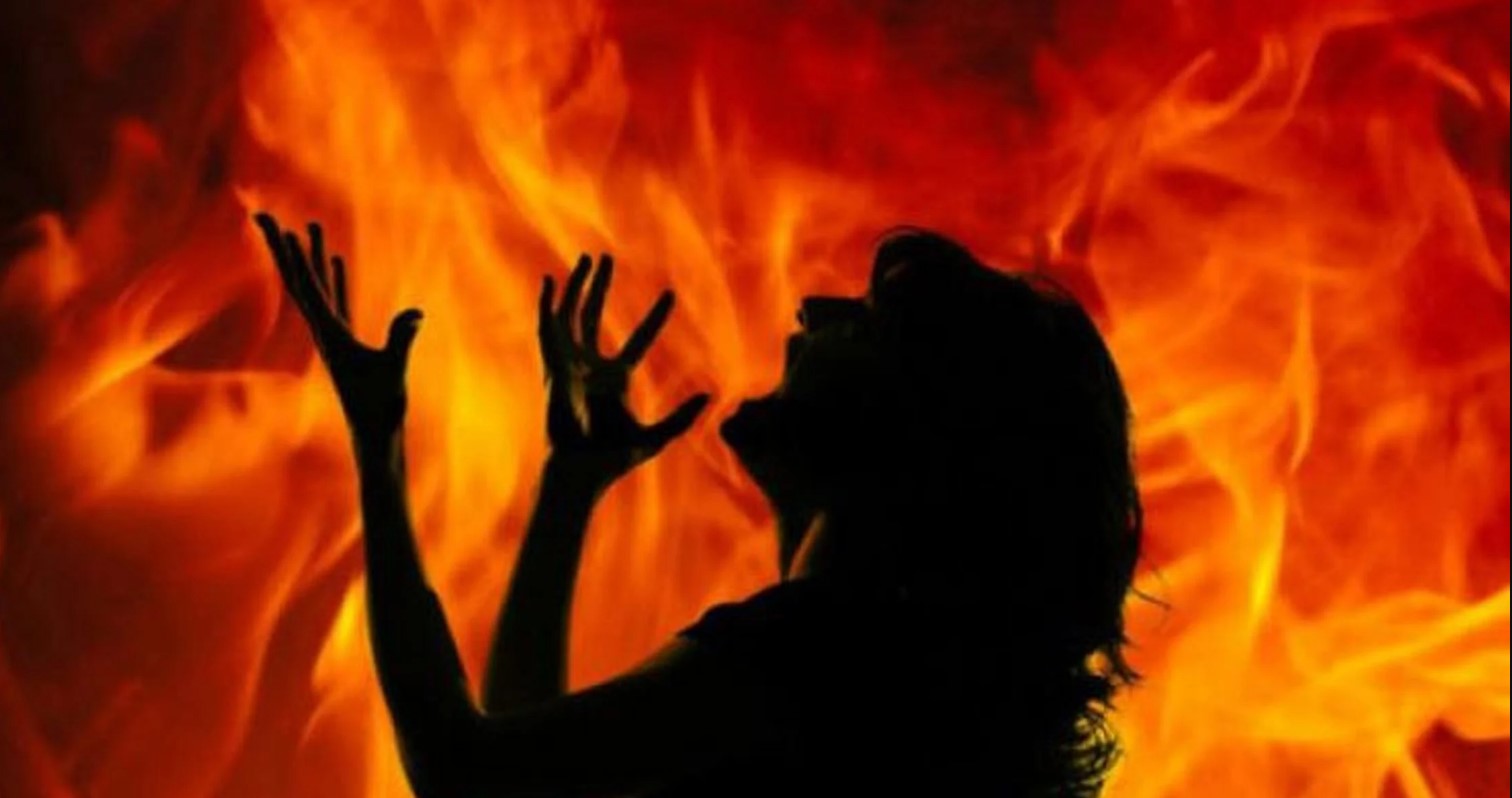 Villagers have attacked the police during investigation

GAYA: The cruelty crime incident is peaks on day by day and not stopping in the state. On Saturday, a 35-years-old Mentally-challenged women was reportedly burnt alive at her house on the charge of witchcraft in front of Husband and Son.

The incident took place at Pachmah village under Sevra Panchayat of Magra police station area. Where a woman was tied in a cloth and burnt alive. However, his house was also set on fire.

The deceased has been identified as Hemanti Devi (35) wife of Arjun Das. After the murder, the miscreants set all the items of his house on fire including motorcycle, bicycle and food grains.

According to the information, after the death of her husband Parmeshwar Bharti, Saroj Devi, a Blind faith widow woman, along with other villagers, alleged that Hemanti Devi killed my husband by witchcraft. Regarding, the entire village held a meeting with the Panchayat representative on Saturday. Some exorcists from Jharkhand had also attend to the meeting. After the meeting, miscreants attacked Hemanti Devi’s house.

Talking to the media, the relatives of the deceased told that there were hundreds of men and women miscreants, who have carried out the incident. Police have recovered the body. The police has started the process of investigation.

After the incident, all family members of deceased have left the house and fled. Sonu Kumar and Amit Kumar, sons of the deceased woman, informed Imamganj DSP Manoj Ram about the incident and said that a panchayat was called in the community building of the village in the morning. Along with them there were some exorcist virtuous who ran away. Meanwhile, all the crowd came to my house and surrounded me and my mother was on the terrace. He took her off and started beating with her. The clothes and wood kept in the house were thrown over my mother and set on fire. Due to this his mother died. Sonu Kumar, the son of the deceased, further told that we and the father ran away and informed the Magra police station.