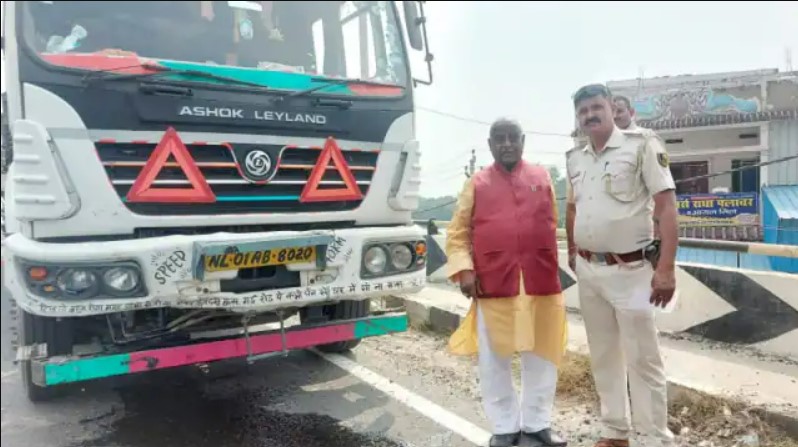 MOTIHARI: Former minister and Bharitiya Janata Party (BJP) MLA Pramod Kumar has narrow escape after the truck hit the car during the traveling. The former minister none hurt in this incident. The BJP MLA was traveling from Motihari in his Scorpio to campaign in the Gopalganj assembly by-election. On the way, a truck coming from behind hit his car.

The incident took place on NH 27. After getting information about the incident, the police reached the spot and started investigation into the matter. It is reported that the truck driver was under the influence of alcohol.

According to the information, the truck driver was going from Darbhanga to Lucknow after loading the scrap. Due to a hand fracture, he was driving the truck with only one hand, due to which the truck went out of control and collided with the car. After getting information about this, the Manjhagarh police reached the spot and seized the truck and took the driver into custody. On the apprehension of drinking alcohol, the police sent him to Sadar Hospital for medical examination.