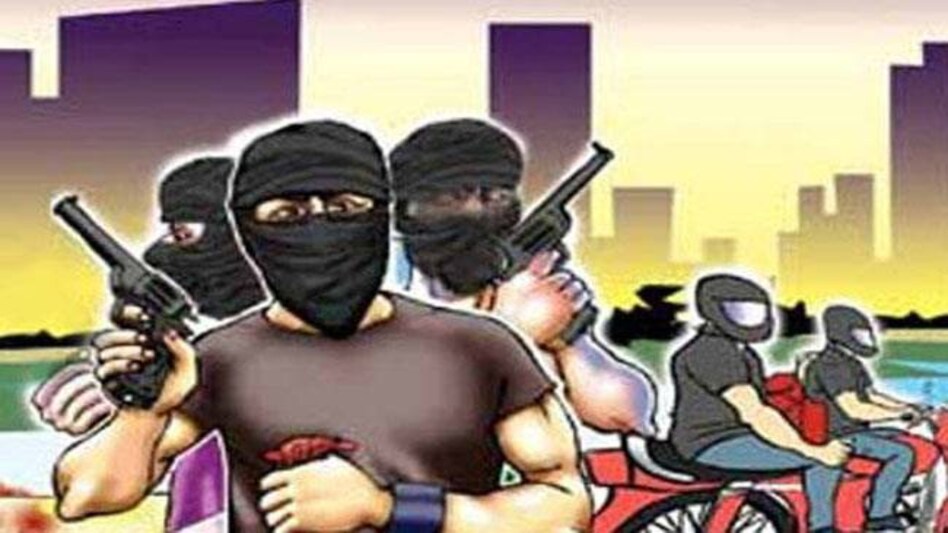 Nalanda: The fear of law seems to be ending completely in Bihar. The morale of criminals has increased in the district. In the latest case, robbery has been found at gunpoint in broad daylight in Nalanda.

Robbers committed a broad daylight robbery on Thursday under Deepnagar police station area in Nalanda district and fled. According to the people around, the robbers had come to the house on the pretext of delivering milk. After that, taking all the family members hostage, they looted about 16 lakhs. There was panic in the area after the incident

On getting information about the incident, the police reached the spot and started investigating the matter.

The case pertains to Ayodhya Nagar locality of Deepnagar police station area of the district. According to information, the house of MNREGA worker Ranju Devi of Silav block has been looted. It is being said that the masked criminals opened the door of the house on the pretext of delivering milk in the morning and about five criminals entered the house. Taking the woman hostage, she looted the jewelry and money kept in the locker, demanding the keys of the entire room at gunpoint. Two lakh cash was also looted and escaped.

The police has started investigating this matter. According to AVP News, the villagers say that there is always a gathering of anti-social elements in this area. No action is taken despite the complaint. The villagers also accused the police station of negligence. At the same time, regarding this matter, the DSP said that the CCTV installed nearby is being scrutinized. It will be revealed soon.