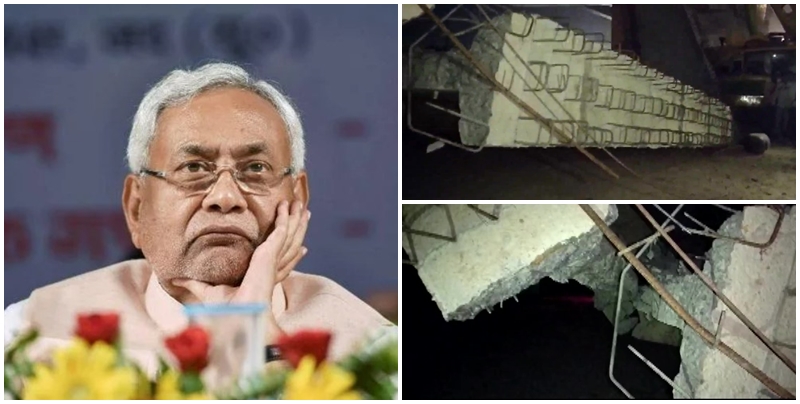 NALANDA: At last two people were killed, several others trapped after an under-construction flyover collapsed on Friday in Churaman Bigha Chowk in the Bena police station area of Nalanda district in Bihar.

According to the report, a pillar suddenly fell on an under-construction flyover. In the accident two people died tragically on the spot. While several labourers are still reported to be trapped under the debris.

Construction of a four-lane overbridge was ongoing. No clarity on how many are buried under debris: BDO Laxman Kumar pic.twitter.com/0jWYsAC4Gr

Bihar Chief Minister Nitish Kumar expressed his condolences over the incident and announced compensation to the families of those who died in the tragedy.

“Saddened by the death of a person due to falling of the beam of the bridge at Bhagan Bigha located in Bakhtiyarpur-Rajauli SH of Nalanda. May God give strength to the bereaved family to bear patience. Instructed to provide estimated assistance to the family of the deceased. He also directed for proper treatment of an injured person”, twitted CM.

The incident took place on Friday afternoon. After getting the information about the case, the police reached the spot with the help of the local people and started the work of evacuating the people trapped under the pillar. Relief work is still going on.