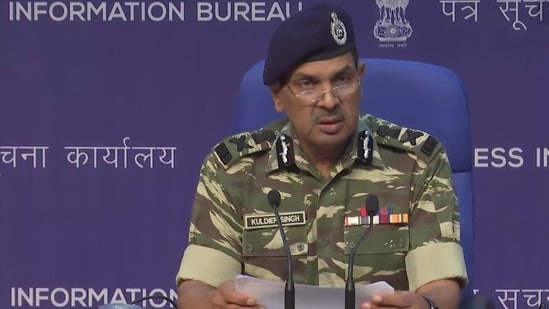 PATNA: Budha Pahad, which is called the stronghold of Naxalites in Jharkhand, has been freed from the Naxalites. While Bihar is also free Left Wing Extremism, said the director general of the Central Reserve Police Force (CRPF), Kuldiep Singh on Wednesday.

Singh, who addressed a press conference on successes achieved by security forces against Left Wing Extremism, said there is no place in the eastern state where the rebel outfit is dominating.

The incidents of Left Wing Extremism (LWE) have come down significantly. There have been 77% reduction. In 2009, it was at an all-time high of 2258, which has come down to 509 at present. Death rate has come down by 85%: Kuldiep Singh, DG, CRPF pic.twitter.com/CzQDY8Yccb

Operation Thunderstorm broke the back of Naxalites

Kuldeep Singh said that Operation Thunderstorm broke the back of the Naxalites. Under this operation, the security forces eliminated 14 Naxalites in the above three states. He also told that 578 Maoists have surrendered during this period. The CRPF DG said that there has been a 77 percent reduction in Left Wing Extremist incidents.

Access of security forces in all areas of Jharkhand-Bihar

CRPF DG has said that Bihar is now completely free from Naxalism. Now their presence in Bihar may be in the form of a recovery gang, but there is no longer any influence of Naxalites anywhere in this state. He claimed that now there is no such place in Jharkhand and Bihar where security forces do not have access.