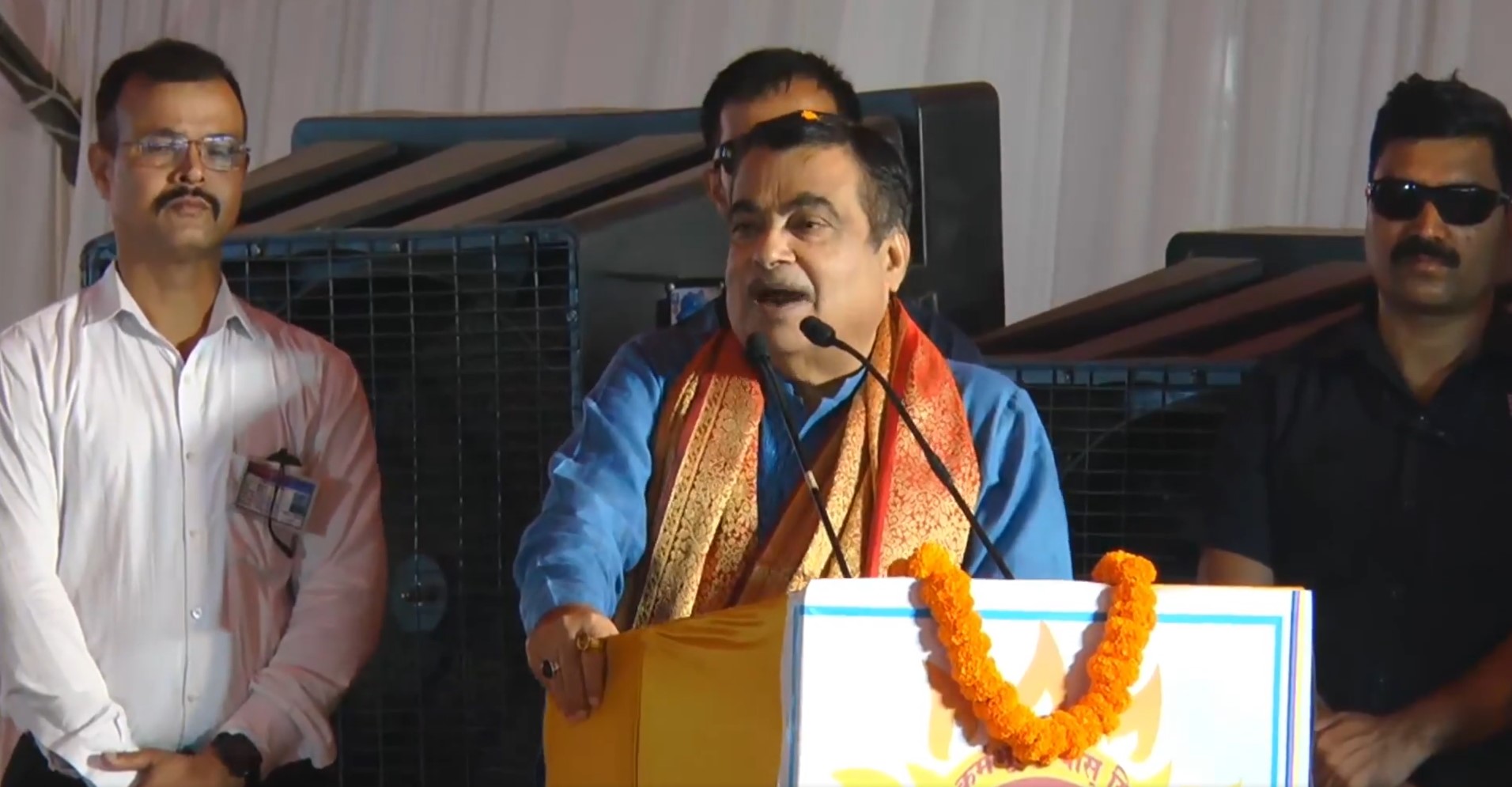 Need to increase the infrastructure in view of the population in Bihar: Tejashwi Yadav

PATNA: Union Road and Transport Minister Nitin Gadkari is on a tour of Bihar on Monday, where he will gifts many project to the people. Nitin Gadkari today took the construction work of 1.5 km 2 lane RCC bridge at a cost of 210 crores near the Son river in Rohtas, Bihar. On this occasion, Deputy Chief Minister Tejashwi Yadav was also present. Talking to the people, Tejashwi Yadav said that there is a need to increase the infrastructure in view of the population of Bihar.

Gadkari had announced the sanction of projects worth Rs 1.6 lakh crores in the North East on 11 November, 2022. These projects include road, ropeways, RoBs, major bridges across River Brahmaputra and other water bodies.

Tejashwi Yadav praised Nitin Gadkari as well as praised Sanjay Jaiswal. He said that Union Minister Gadkari ji works for development by rising above party and ideology. There is no minister in the center of progressive thinking like him. At the same time, Yadav praised Jaiswal and demanded from the Center to special status for Bihar. He also demanded the status of Central University in Patna.

However, Gadkari invited Tejashwi to Delhi. He said that Tejashwi Ji come to Delhi, everything will be approved. Our top priority is the development of the country. I do not work on the basis of party and region.

According to the schedule, Tejashwi Yadav was also present along with Nitin Gadkari. This is Nitin Gadkari’s first visit to Bihar after Nitish Kumar parted ways with the NDA. The Union Minister duly laid the foundation stone of Buxar link of Purvanchal Expressway in Buxar at one o’clock in the afternoon. After that he reached to inaugurate the Ara-Buxar road. The length of the Buxar-Ara four lane road is about 92 km. This road will be part of Buxar project via Patna to Bhojpur. Its total length is 125 km.

According to the information, this road is not completely ready yet. With its construction, people going from Patna to South Bihar and Uttar Pradesh will get a lot of convenience.

With this project, it will be easy to come from Lucknow to Bihar.

On this occasion, the Union Minister will also lay the foundation stone of 17 kilometer long greenfield 4-lane Buxar Link Road in Purvanchal at a cost of 618 crores. This road will connect Purvanchal Expressway from Lucknow to Bihar. Once the work on this project starts this year, it will be completed by 2024.