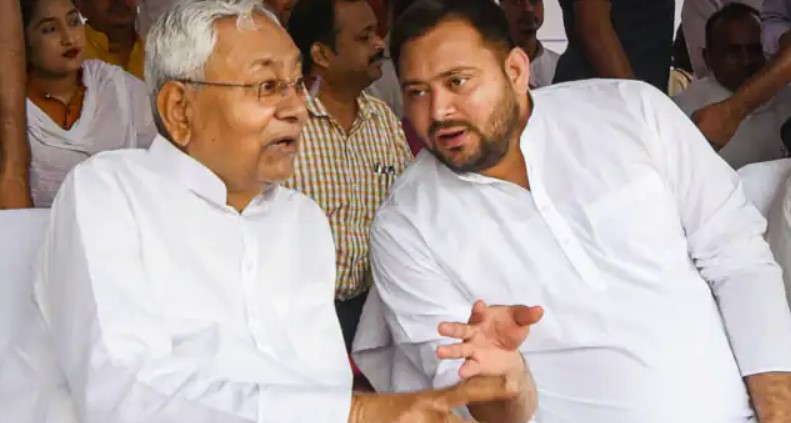 Patna: After the stunning upheaval in Bihar, the Cabinet expansion is likely to take place on Tuesday a day after Independence Day. The CM’s new ally RJD will likely have a big footprint in the cabinet, alongside new Bihar Deputy Chief Minister Tejashwi Yadav

In Bihar, how many leaders from which party will become ministers in the grand alliance government of Nitish Kumar and Tejashwi Yadav, it has almost been decided.

On Tuesday, August 16, the Nitish cabinet will be expanded. RJD’s share in the cabinet will be more. It is believed that the list of ministers to be made from RJD quota will be according to Tejashwi Yadav’s wish. RJD supremo Lalu Yadav also wants Tejashwi to choose a minister of his choice, with whom he wants to run the government and the party.

On Sunday, Deputy Chief Minister Tejashwi Yadav discussed in detail with his core team about the nature of the future government. He said that we have to prove that this is the government of the people. We also have to stand on the trust of the people. He also told the need to work at the level of perception.

Tejashwi said that there will be no compromise at any level regarding development and welfare works. There will be full participation of the underprivileged, the exploited and the victims in the Grand Alliance government. Earlier, he also met with party workers.

Who will be the minister in Nitish-Tejashwi’s grand alliance government? See potential list here

The JD(U) is likely to keep the portfolios of Home (it was with Nitish in the previous administration), Vigilance, Education, Building Construction, Minority Affairs, Social Welfare, and Water Resources and the RJD may get departments such as Finance, Commercial Taxes, Health, Road Construction, Disaster Management, and Environment and Forest. The RJD-JD(U) agreement on ministries is likely to be similar to the one Nitish had with the BJP.

The list of probable ministers from the RJD includes Tej Pratap Yadav, Surendra Yadav, Ramanand Yadav, Bhai Virendra, Lalit Yadav, Anita Devi, Kumar Sarvjeet, Alok Mehta, Mohammed Shamim, Shahnawaz Alam, Sudhakar Singh, and Samir Mahaseth or Sanjay Gupta. Though there is likely to be a dominant Yadav presence in the Cabinet from the RJD quota, the party is also trying to accommodate non-Yadav Other Backward Class (OBC) leaders and Dalits in the ministerial council.