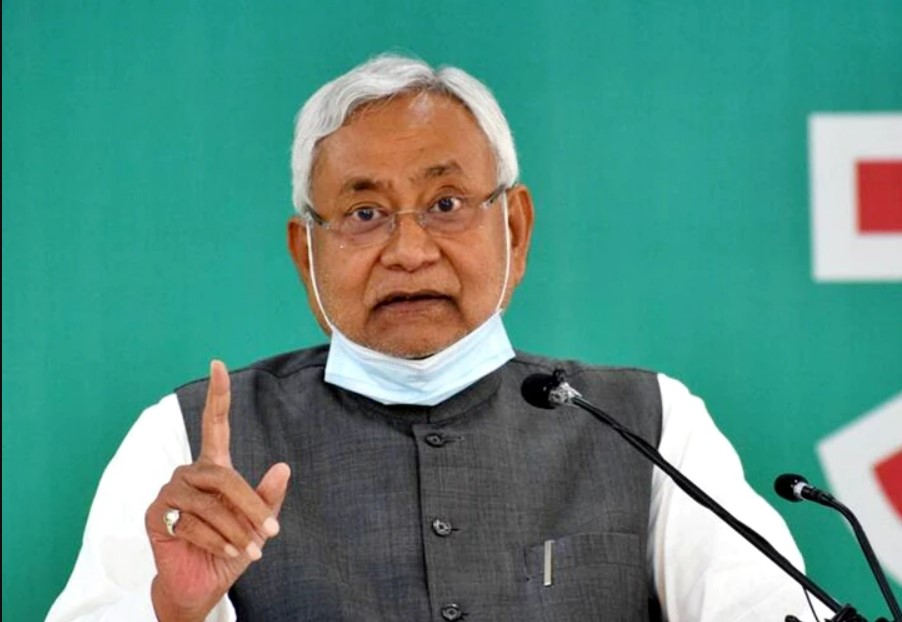 PATNA: After tendering his resignation as Bihar Chief Minister to Governor Phagu Chauhan, JD(U) supremo Nitish Kumar today arrived at the residence of RJD leader Rabri Devi in Patna. The meeting of JD(U) MPs and MLAs was held at Kumar’s official residence, while the meeting of the RJD legislators was convened by party leader Tejashwi Yadav at his mother Rabri Devi’s Circular Road bungalow.

Bihar | After tendering his resignation, Nitish Kumar arrives at the residence of Rabri Devi in Patna pic.twitter.com/lwAGHSrupv

On Tuesday, Nitish Kumar has resigned from the Chief Minister post of Bihar. Nitish Kumar submitted his resignation after meeting Governor Phahu Chauhan.

After meeting the Governor, Nitish Kumar told reporters that he has resigned.

He said that all the MLAs and MPs of the party wanted to break away from the NDA. The Janata Dal-U had called a meeting of MLAs and MPs on Tuesday amid differences with the BJP involved in the alliance.

Nitish Kumar said- A meeting has been held with Lok Sabha Rajya Sabha MPs and all the MLAs. Everyone’s wish was that we should leave the NDA. We have accepted it. After that we came here and submitted the resignation from the post of Chief Minister of NDA government.

JD(U) Chief Nitish Kumar Walks Out of Coalition in Bihar

Nitish Kumar, who tendered his resignation as Bihar CM to Governor, announced that his party JD(U) has broken alliance with the BJP-led NDA. “All MPs and MLAs are at a consensus that we should leave the NDA,” Kumar said.