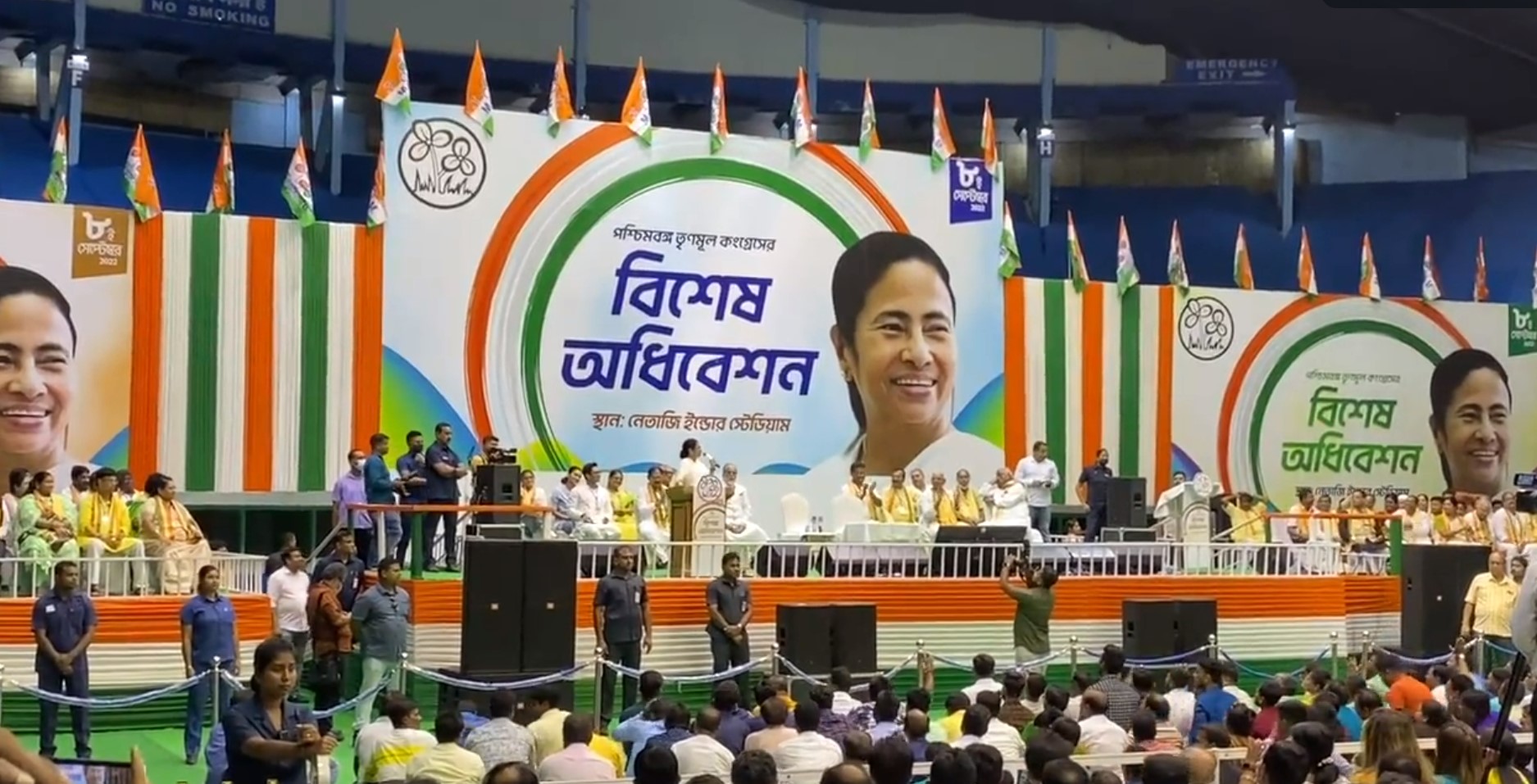 KOLKATA: West Bengal Chief Minister and Trinamool Congress President Mamata Banerjee has said in a meeting on Thursday that she will form an opposition front along with Bihar Chief Minister Nitish Kumar, Jharkhand Chief Minister Hemant Soren and other leaders. For the 2024 general election

Mamta was addressing the special session of Trinamool Congress at Netaji Indoor Stadium in Kolkata on Thursday.

He also pulled up the Center over the issue of Bangladesh Prime Minister Sheikh Hasina’s visit.

Mamta said, “I have a very good relationship with Sheikh Hasina. But the central government has invited me to be a part of his visit to India.”

“ In 2024 #KhelaHobe , the game will start from #Bengal. Now we all are together. #NitishKumar #AkhileshYadav #HemantSoren , myself & others are all together. Just in these few states #BJP will lose 100 seats. So tell me how will they win” #MamataBanerjee on united opposition pic.twitter.com/OAcCS2QYSU

She said, “Today there are certain media, who are just waiting to disgrace TMC the false news can’t always go on, it will not go on forever. You all are showing news from sources that this much jewelry has been found in this person’s house but has it been proved in court yet? We believe in the law. TRP will not be high always. Every election they come up with something”.

Without naming the BJP, She said that if you compete with us in politics, we will see. What did he not do in the year 2021? Broke my leg which still hurts.

Mamta made one thing clear in the convention that there is neither any difference of opinion nor factionalism in the party.

Mamta’s nephew MP Abhishek Banerjee also said, “There is only Mamata lobby in this party, no other lobby. Whoever will fight with tight chest and say Mamta Zindabad, will get respect in the party.”

The CM claimed that Bangladesh PM Sheikh Hasina during her visit to India wanted to meet the Chief Minister of Bengal but wasn’t allowed.

“This is the first time I saw that the PM of Bangladesh came and wanted to meet me but was not allowed. I don’t know why they are so angry, they didn’t let me go to Chicago”, CM added.