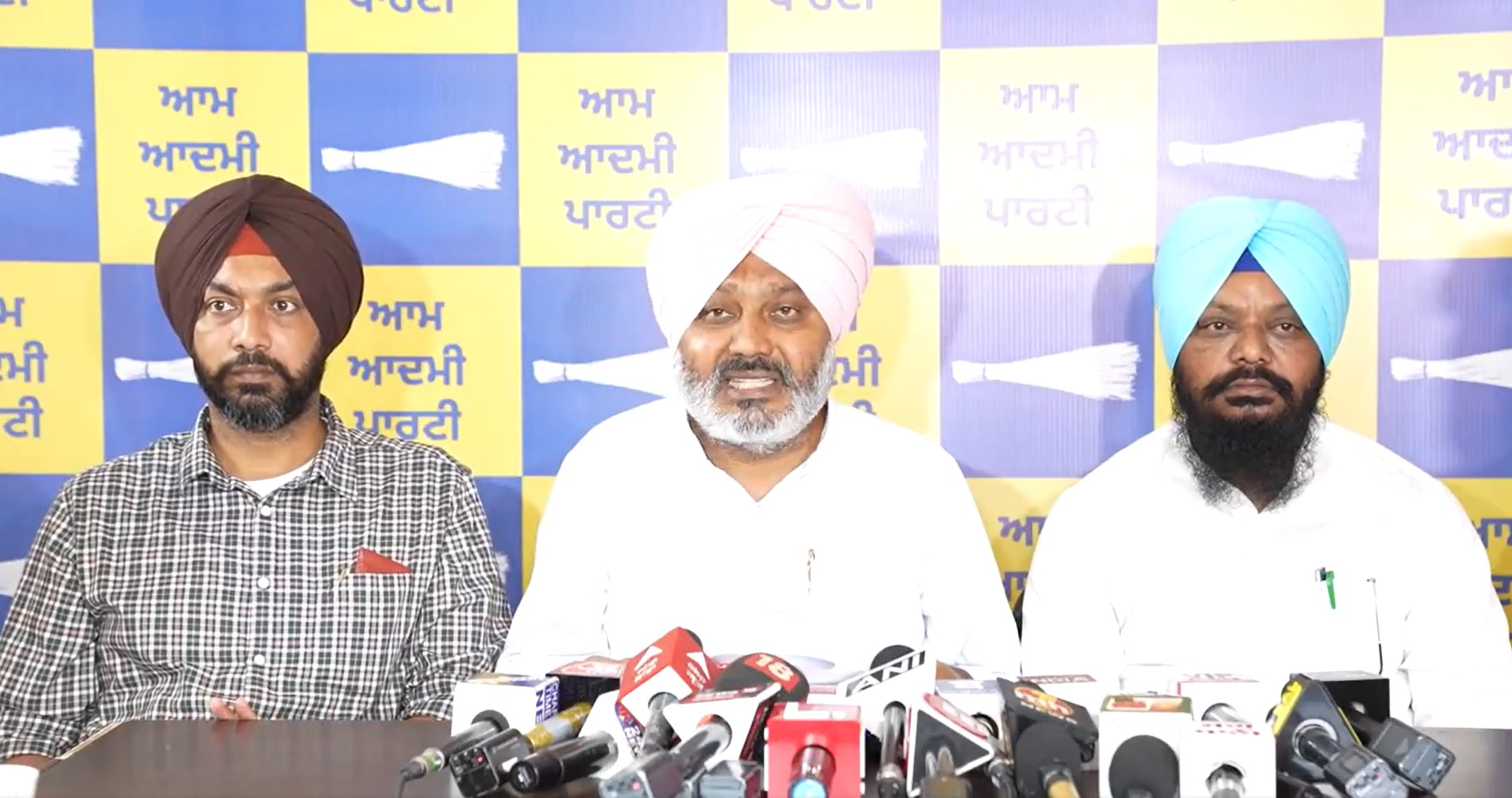 Party has filed a complaint against the BJP: Harpal Singh Cheema

CHANDIGARH/NEW DELHI: The Aam Aadmi Party (AAP) has filed a complaint against the BJP for the alleged trying to poach AAP MLAs in Punjab Government. Punjab Police has registered an FIR against BJP for this act. In a complaint submitted to Punjab DGP Gaurav Yadav, the party has accused several BJP leaders of trying to buy AAP MLAs from Punjab.

Earlier, Delhi Chief Minister and Aam Aadmi Party (AAP) convener Arvind Kejriwal also accused the BJP of trying to buy 10 MLAs for Rs 25 crore each. He alleged that efforts are being made to topple the government in Punjab illegally, which is a big threat to democracy.

In a complaint, submitted to Punjab DGP Gaurav Yadav, the party accused BJP leaders of attempting to buy Punjab AAP MLAs and threatening Jalandhar West MLA Sheetal Angural and others for exposing the alleged poaching agenda.

Punjab Chief Minister Bhagwant Mann had also released a video regarding this issue. Which he had said that Punjabis are loyal to their soil. BJP is intoxicated by power. If people do not vote, they choose the way of buying MLAs. Targeting the BJP, he said that Sikandar was also stopped by Punjabis. He expressed confidence in his MLAs and said that he would always be loyal to Punjab.

Now the Punjab Police has registered an FIR against the BJP in the matter after the complaint of AAP.

“Under Operation Lotus, eight MLAs of Congress have switched to the BJP in Goa today. It is a testament that the BJP is killing democracy and forming their governments in non-BJP-ruled states by breaking up parties with the help of CBI, ED and money,” Cheema added.