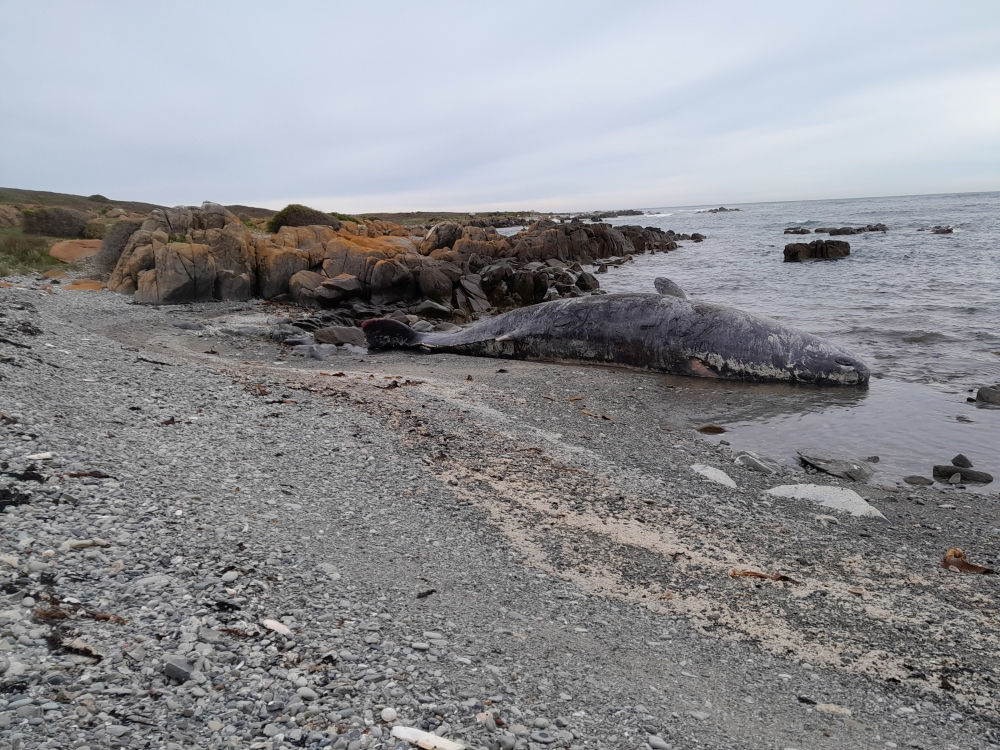 Australia: At least 14 young sperm whales have been found dead on a beach on King Island off the coast of Tasmania, Australia.

The local people first saw these dead whales on the shore and informed the authorities.

The reasons for how the whales got stuck here are not yet known. A wildlife biologist and a vet have been sent there for investigation.

The whales were dead when they washed ashore, Tasmania’s Department of Natural Resources and Environment said on Tuesday.

However, whales getting trapped on the shores of Tasmania are nothing new. Experts say that this island is a “hotspot” of such incidents.

A government spokesman said an aerial survey would show if there were any other creatures trapped in the area.

According to the local media, “It is possible the whales were part of the same bachelor pod, a group of younger male sperm whales associating together after leaving the maternal group.

The species of sperm whale under threat all over the world. They can be up to 18 meters long and up to 45 tons heavy.

In September 2020, 380 pilot whales died after being trapped on the West Coast in Tasmania, Australia.

The incident was reported two years after 380 pilot whales died in Australia’s worst mass stranding on Tasmania’s west coast. After a rescue effort, only 111 whales could be saved.