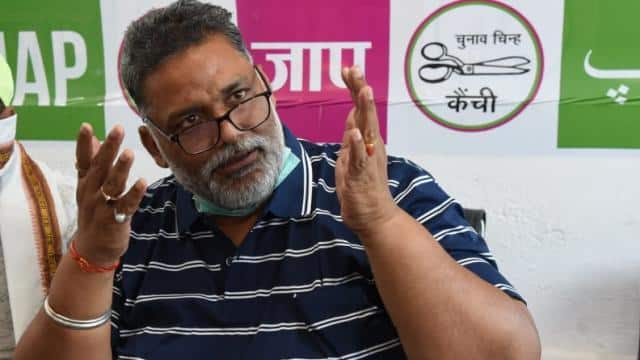 On Thursday, He attacked Mahagathbandhan Government and said that ‘today women’s vote is very important in the Mahagathbandhan govt. in Bihar and what does Harjot Kaur understand that what is the importance of one vote?

Yadav further said that the kind of things Harjot Kaur has said in front of girls and girls, it is indiscipline. In such a situation, now it will be interesting to see what kind of action the government takes against such officers.

There was a ruckus on the controversial statement of Harjot Kaur:

A one-day workshop was organized by the Women and Child Development Corporation with the help of UNICEF on Wednesday on the topic of empowered daughters, prosperity Bihar. Many students had attended workshop. In the program, government officials had come to talk about women’s empowerment, but Harjot Kaur Bamhra, the chairman-cum-managing director of the Child Development Corporation, who was present on the occasion, gave such a reply to a student, after hearing which the people present there were surprised.

During the workshop, when the student demanded sanitary pads, she started talking about jeans, pants, shoes and family planning.

Today you are asking for sanitary pads, tomorrow you will ask for condoms

Two days after IAS officer Harjot Kaur Bhamra humiliated girl students with her absurd reply to them for their simple request to provide sanitary napkins, to which she replied, “today you are asking for sanitary pads, tomorrow you will ask for condoms,” Bihar Chief Minister Nitish Kumar on Thursday said that action will be taken in this matter.

“After an enquiry, necessary action will be taken,” Kumar told media when he was asked about the irresponsible behaviour of Kaur to girl students on Tuesday.

On this matter, National President of Jan Adhikar Party Pappu Yadav took a dig at Harjot Kaur, Chairman and Managing Director of Child Development Corporation and said that today in the government of Mahagathbandhan, women’s vote is very important and what does Harjot Kaur understand that one vote What is the importance of?