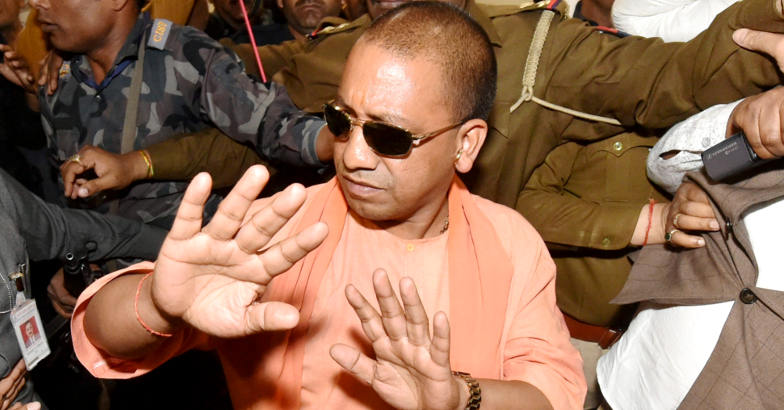 NEW DELHI: Uttar Pradesh Chief Minister Yogi Adityanath has welcomed the decision of the Union Home Ministry to ban the Popular Front of India (PFI) for five years. He has expressed his reaction by tweeting.

CM Yogi wrote in Hindi, “The ban imposed on Popular Front of India (PFI) and its affiliated organizations indulging in anti-national activities is commendable and welcome. This is ‘New India’, where terrorists, criminals and organizations and individuals who pose a threat to the unity and integrity and security of the nation are not acceptable.

The central government, in its order, has spoken of ‘hardening a particular section by running a secret agenda’ and ‘linking to terrorist organizations’ on PFI.

According to the order, PFI has links with two such organizations in Bangladesh and India which are banned.

In the past, large-scale raids were conducted on the houses of PFI offices, leaders and members across the country. The National Investigation Agency (NIA), Enforcement Directorate (ED) and state police together conducted these raids.

On Tuesday, more than 150 people were arrested for their alleged links with the PFI after raids in seven states of the country. On September 27, raids were conducted in Delhi, Uttar Pradesh, Karnataka, Gujarat, Maharashtra, Assam and Madhya Pradesh.

The Centre banned PFI and several other associated organisations for five years. In the notification, the Union home ministry said some PFI activists joined the Islamic State of Iraq and Syria and took part in terror activities there. In India, it engaged in violent acts like chopping off limb of a college professor, the MHA said.

The government of India has declared the Popular Front of India and its associates or affiliates or fronts as unlawful associations with immediate effect for a period of five years. The move follows two rounds of massive countrywide raids on PFI leaders in terror fund cases.