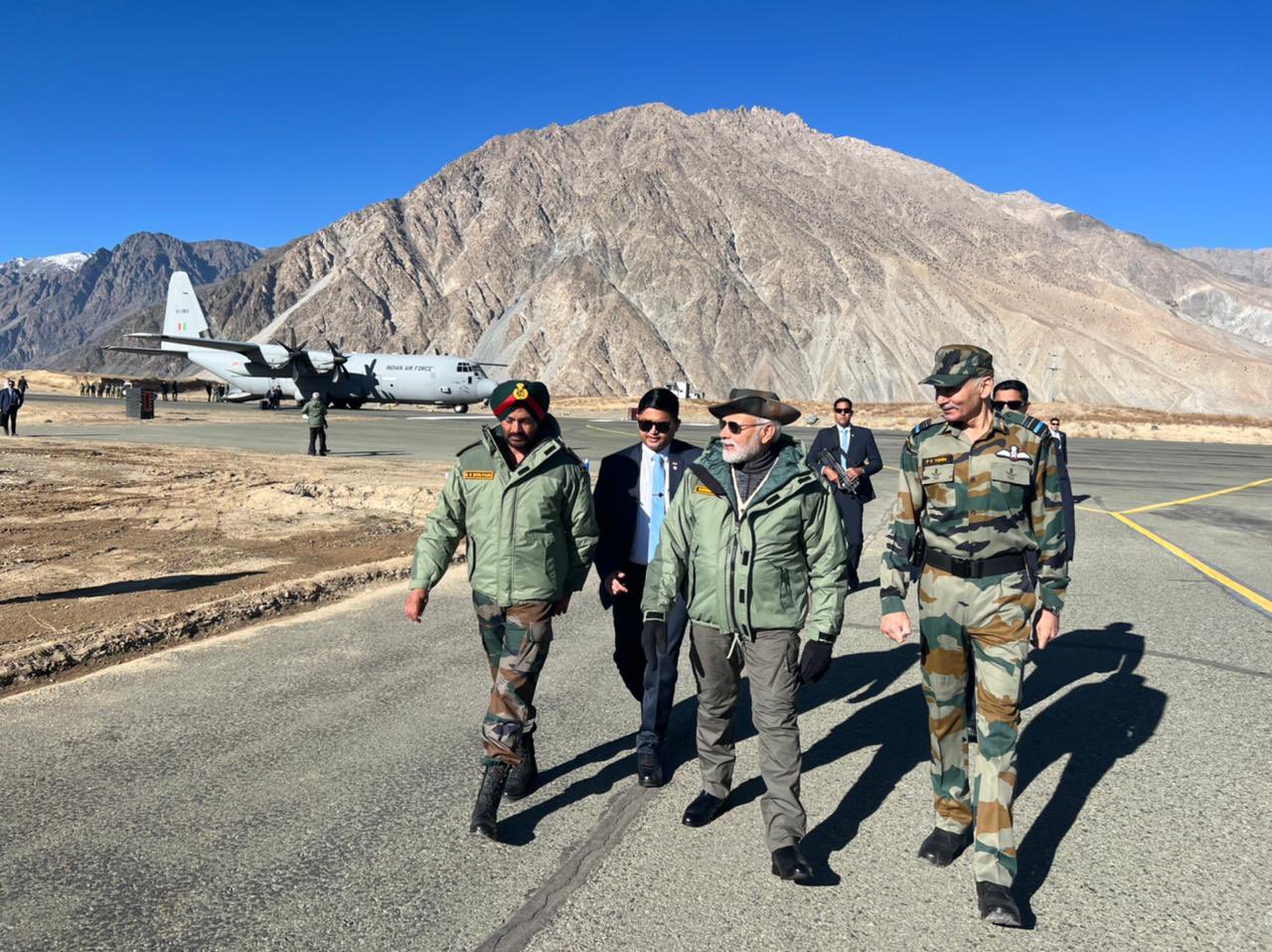 During the meeting, PM Modi met the army officer after 21 years. He said that the Festival of lights mean the festival of end of terror and that Kargil had made it possible.

When the two people met after 21 years, an emotional moment came to the fore. The army officer also showed the picture to PM Modi when 21 years ago as Gujarat CM, he honored the students by reaching Sainik School. The army officer has taken a photo with PM Modi with that old picture. After 21 years, Narendra Modi has become the Prime Minister of the country and a school student has become an officer of the army.

Prime Minister Shri @narendramodi has landed in Kargil, where he will celebrate Diwali with our brave soldiers. pic.twitter.com/RQxanDEgDK

According to the news report, PM Modi said, “The forces are the pillar of India’s security. From this victorious land of Kargil, I wish the countrymen and the world a very happy Diwali. There has not been a single war with Pakistan where Kargil has not hoisted the flag of victory. The meaning of Diwali is end of Atank (terror) and Kargil made it possible,”

“In Kargil, our forces crushed terror. I was fortunate enough to be a witness. I was shown my old photos here, and I am grateful for that,” PM Modi added.(PIB)

Prime Minister Narendra Modi met Major Amit in Kargil today, whom he had earlier met in November 2001 at a Sainik School in Balachadi, Gujarat.#Diwali https://t.co/lx2GKkpQln pic.twitter.com/UBgKIQaem2

Officials said Major Amit had met Modi at Sainik School in Gujarat’s Balachadi. Modi had gone to that school in October, soon after becoming the chief minister of the state. “It was a very emotional meeting when the two met each other again in Kargil today,” said an official. In the picture, Amit and another student are seen taking a shield from PM Modi. Following his custom of celebrating Diwali with armed forces personnel every year since becoming the Prime Minister in 2014, Modi celebrated the festival with soldiers in Kargil today.

Addressing the jawans in Kargil, PM Modi said, we do not consider war as the first but always the last option and believe in peace. We believe in peace, but peace is not possible without strength.’ The Prime Minister said that whenever India’s strength increases, so does the possibility of global peace and prosperity. Self-reliant India is very important for the security of the nation and our dependence on foreign weapons and systems should be minimal.