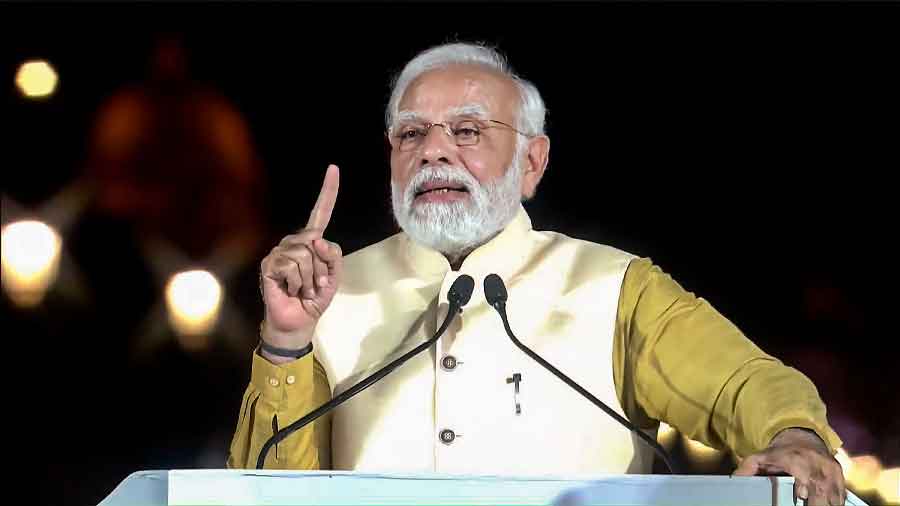 NEW DELHI: Prime Minister Narendra Modi on Friday mooted the idea of ‘One Nation, One Uniform’ for Police, saying it is just a suggestion and he is not trying to impose it on the states.

PM  Modi, while discussing with the Home Ministers of the country on Friday, said that Fake News is a big threat.

Fact check of fake news is a must. Technology plays a big role in this. People must be made aware of mechanisms to verify messages before forwarding them. pic.twitter.com/ucUwQKOqlT

PM Modi said, “A small fake news creates a big ruckus in the whole country. We have to keep educating people that if anything comes, verify it before forwarding it, before accepting it.”

Prime Minister Modi also said that there should be a thought on having uniform of police personnel in the country.

“The idea of ​​one nation, one uniform may or may not materialize in this country. Maybe it may take five, fifty or a hundred years. But it should be considered,” he said.

Let us tell you that in Kolkata, the capital of West Bengal, the color of the police uniform is still white.

Addressing Chintan Shivir of Home Ministers of states being held in Haryana. https://t.co/LIMv4dfhWv

Along with this, PM Modi also talked about the modernization of security agencies.

He said, “Maintaining law and order is a round the clock job but in any work it is also necessary that we keep on improving the processes, modernizing them continuously.

Whether it is cyber crime or the use of drone technology in arms and drugs smuggling, for this we have to keep working on new technology. Smart technology will make it possible to make law and order smart.

However, PM Modi said that ‘Today, as fast as India is progressing at the global level, India’s challenges are going to increase as fast, there will be many powers in the world, who would not want that in the context of their country. Let India become powerful.