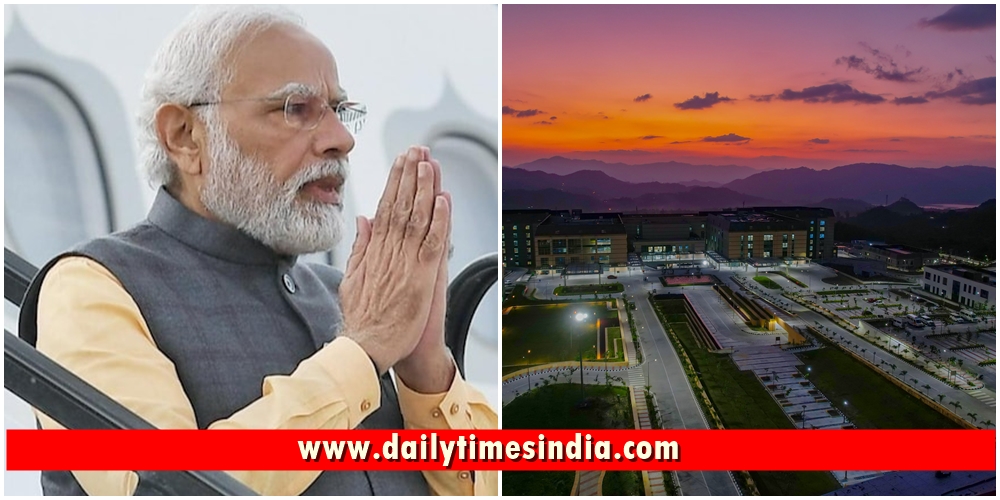 New Delhi. Prime Minister Narendra Modi today visit Himachal Pradesh. PM Modi will celebrate the famous Dussehra at Kullu. However, today he will also address a rally along with laying the foundation stone of various projects worth Rs 3,650 crore and inaugurate AIIMS campus in Vilaspur.

According to PMO statement, after dedicating the hospital to citizens, PM Modi will address a rally at Luhnu Ground. The prime minister will also participate in Dussehra celebrations in Kullu, the PMO said in a statement.

“The Prime Minister will lay the foundation stone of the Medical Device Park at Nalagarh, which will be built at a cost of about Rs 350 crore to significantly enhance employment opportunities in the region. MoUs of more than Rs 800 crore have already been signed for setting up industries in this Medical Device Park,” as per PMO statement.

Preparations have been done in Bilaspur, 50 feet tall statue of PM Modi installed in Luhanu Maidan

Almost preparations have been made in Bilaspur for the arrival of the Prime Minister. A shocking report has been seen, for the attraction of the people, a 50 feet tall statue of Prime Minister Narendra Modi has also been installed at the Bilaspur Luhnu Maidan. Four to five such idols have been installed. These statues around the public meeting place will be the center of attraction for the people.

AIIMS in Bilaspur will cater to the state’s healthcare needs and augment health infrastructure of our nation. https://t.co/eBDkbEWfm6 https://t.co/QOiUDYkv74

On October 14, he will also go to Chamba in Himachal, where he will address a rally.

JP Nadda held meetings with the workers of the party and exuded confidence in winning the Assembly elections in Gujarat and Himachal, which will be held later this year.