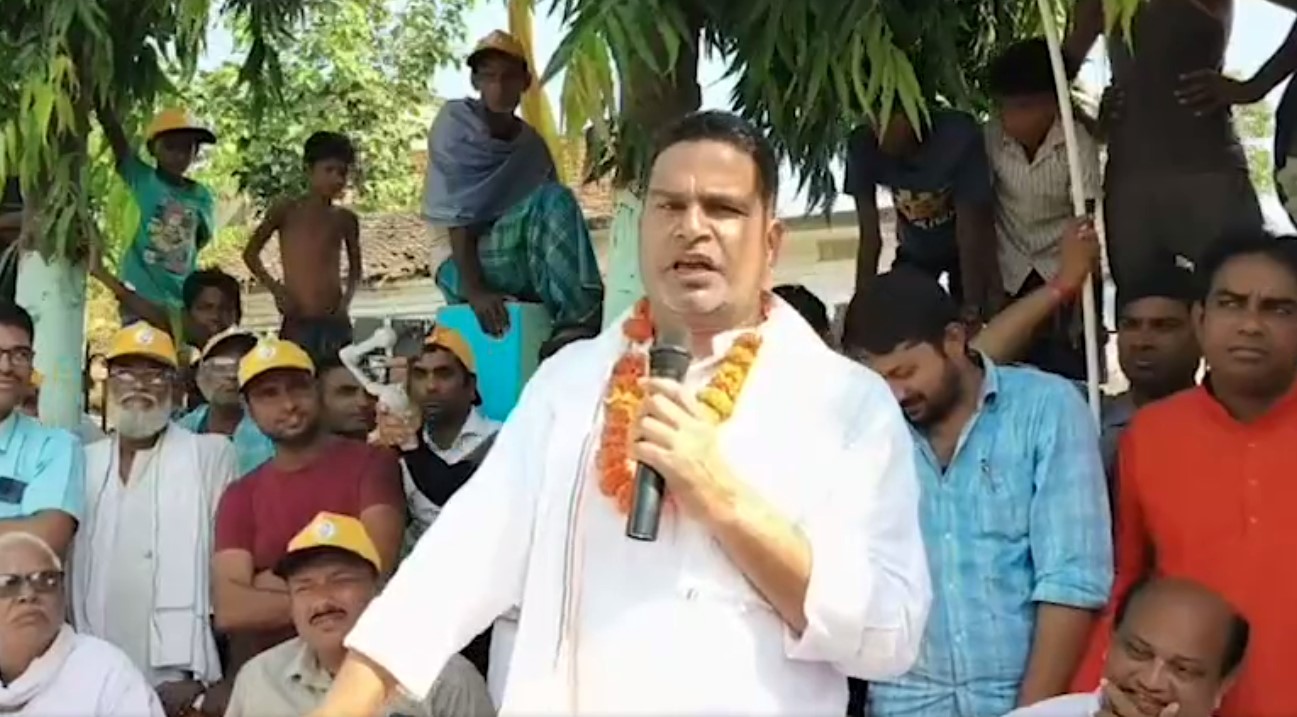 Patna: Political ruckus has been continued in Bihar regarding development issues, as well as corruption is not taking to end for long time. Election strategist Prashant Kishor (PK) has been continuously attacking the Grand Alliance Government during his Jan Suraj Yatra.

While talking to the people during his Padhyatra in West Champaran, Kishor has attacked CM Nitish Kumar fiercely. He has said through the video that, under the Swachh Bharat Mission (Rural) for Open Defecation Free (ODF), Rs12, 000 per was received state government from the central while people got only Rs 2000 rupees. He has claimed that false ODF declarations in some Panchyat of Bihar while not worth walk on village road.

He said, most of the villages in Bihar have been declared ODF only on paper. Even in the 21st century, Bihar’s people are being forced to defecate in the open. He alleged that the authorities had committed scams on a large scale.

Kishor said, when the pressure came from the centre government, the officers and the officials forced the rural Mukhiya to sign it. Due to which toilets have not been built in many villages. The people of the forced village are forced to speak in the open. It is not worth walking on the roads of the village because of the foul smell.

According to report, the process of verification of toilets and declaring a village or a district ODF is one of the core objectives of the Abhiyan as ODF certification can only be obtained after thorough verification by districts and states. It can now be expected that the advisory will be effective at the ground level and states, districts and gram panchayats will focus more on ensuring proper sanitation, rather than rushing to meet the ODF deadline. With 71.28 per cent sanitation coverage and seven open defecation free states, the Swachh Bharat Abhiyan enters a crucial year as some of India’s largest states

However, Prashant Kishor is on a 3,500 km long ‘Jan Suraj Padyatra’ in his Bihar. Along with starting the Padyatra, PK had also indicated political activism. He had said that after the completion of the Padyatra, he would take a decision regarding the formation of a political party keeping in view the mood of the people.