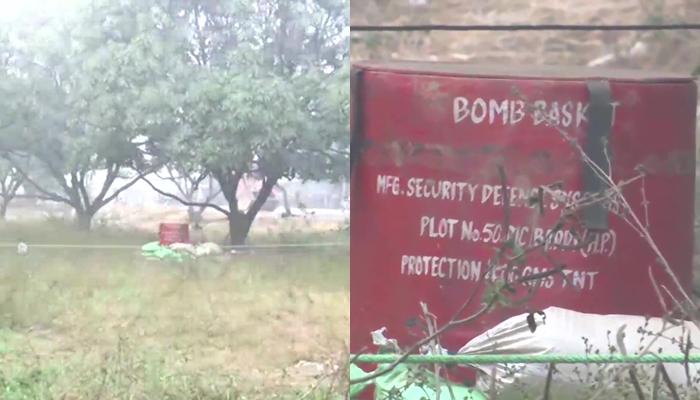 CHANDIGARH: A suspicious object has been found near the Chief Minister Bhagwant Mann residence in Chandigarh, the capital of Punjab, which is being described as a bomb shell.

The Indian Army’s Western Command has been looped in to investigate.

At around 4 to 4:30 pm, a tubewell operator spotted the live bombshell in the mango plantation near the helipad, and residence of the Punjab Chief Minister.

It is being verified. Officials have also told that the bomb squad has reached the spot after receiving information about suspicious items.

Chandigarh | A live bombshell has been found here. It has been secured with help of Police and Bomb Disposal Squad. An Army team has been called in. The area is being cordoned off. Further investigation is underway: Sanjeev Kohli, Nodal officer, Diasater Management, Chandigarh pic.twitter.com/se09lPPoxt

Nodal Officer of Disaster Management of Chandigarh, Sanjeev Kohli told the media that the help of Army has also been taken in the investigation.

He told, “The entire area has been evacuated. An army team has also been called. Investigation is on in this matter.”

The Chandigarh administration has said the defence forces will investigate where the bomb is from, and police will find out how it got there.

“We got information that some unwanted material was found here. When we checked, we found it was a live bombshell. We have secured it, and it’s now a part of our investigation. We are trying to find out how it reached here. Furthermore, we have secured the area with the help of the bomb squad. Now, the Army will come and take care of it,” Kuldeep Kohli, nodal officer of the Chandigarh administration, told journalists.