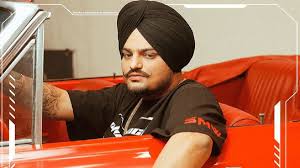 AMRITSAR: Two wanted sharp shooters from Punjab Manpreet Mannu Kusa and Jagroop Singh Roopa of Lawrence Bishnoi faction are reported to have met in Amritsar in connection with the murder of singer Sidhu Musewala.

According to the information received, both the shooters have been surrounded by the Punjab Police. Shooters Jagroop Roopa and Manpreet alias Manu Khusa were surrounded in Bhakna Kalan village near Attari border.

Police have been called from all over the district to face the accused in the encounter. Sources said that the sharp shooters Manpreet Mannu Kusa and Jagroop Roopa, the killers of Punjabi singer Sidhu Musewala, were surrounded by the Punjab Police. During this, the miscreants fired on the police after which the encounter started.

After this, Punjab Police personnel were called from all over the district and both were surrounded. Hushiyar Nagar encounter continues near Bhakna village on the road leading to Attari border. This area is about 10 km from the India-Pakistan border. Sharp shooters are hiding in a room and are firing at the police.