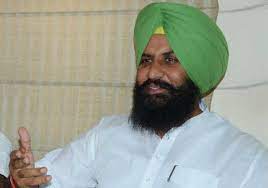 Chandigarh: Lok Insaaf Party Chief and former MLA Simranjit Singh Bains has surrendered on Monday. The court had declared him a fugitive in a rape case.

Bains along with four other accused in a much talked about rape case of a 44-year-old women on Monday surrendered before a local court in Ludhiana. The case pertains to the rape of a widow in Ludhiana who had leveled allegations against Bains.

However, Paramjit Bains, elder brother of Simarjit Singh Bains, was arrested a few days ago. Some other associates have also been arrested.

He was declared a proclaimed offender along with all seven accused on April 12.

It is to be known that before surrendering in the Ludhiana court today, he had approached the trial court and the Supreme Court for bail, but did not get any relief, after which the court declared Bains a fugitive in the rape case.

Earlier, Lok Insaaf Party had tweeted saying that it has full faith in the judiciary. Today Simranjit Singh Bains has surrendered in the court. It was being said that what is true in the case will come to the fore soon.

The FIR was registered against him with the orders of a local court in July 2021. The chargesheet was filed against before the court in December 2021. At that time none of the accused were arrested. The local police had recently arrested his brother Karamjit Singh Bains and one property dealer Sukhchain Singh in this case and they are in judicial custody.