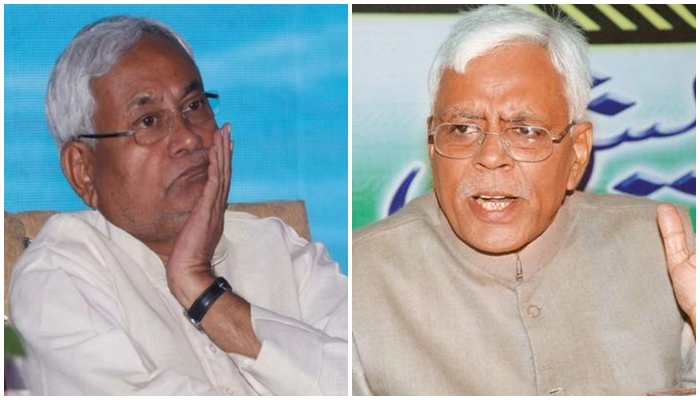 Amid buzz on rift, RJD national vice-president Shivanand Tiwary said that convening meetings of legislators by both parties were a clear indication that the situation was extraordinary.

PATNA: A political storm brewing in Bihar which to be taking a turn once again. Chief Minister Nitish Kumar has called a meeting with party MLAs and MPs on Tuesday.

During the situation, the opposition RJD on Monday said it was ready to “embrace” Chief Minister Nitish Kumar and his JD(U) if he broke ranks with the BJP.

CM chair the meeting, it is being said that the situation after the resignation of former JDU national president RCP Singh from the primary membership of the party will be discussed.

RCP Singh used to be special to Nitish Kumar but when he announced his resignation, there was a lot of bitterness.

RJD national vice-president Shivanand Tiwari said that convening meeting of legislators by both parties on Tuesday were a clear indication that the situation was extraordinary.

In response to this question, Tiwari said, “If Nitish Kumar leaves the NDA, we have expect to embrace him (gale lagaenge). RJD is committed to fight BJP. If the Chief Minister decides to join this fight, we will fight together.”

Meanwhile, the market of such speculation is hot that Nitish Kumar may be out of NDA. When JDU national president Lalan Singh was asked by journalists whether JDU’s alliance is going to break with BJP, he did not give any concrete answer. There were also reports that Nitish Kumar had a talk with Congress chief Sonia Gandhi.

Regarding the meeting of MLAs and MPs, Lalan Singh said, “The Chief Minister has called a meeting to know the views of MLAs and MPs on the situation that has arisen after RCP Singh.”

RCP Singh was the Union Steel Minister in the Modi government but had to resign from the post of minister due to the completion of the term of Rajya Sabha membership. JDU had decided not to send him to Rajya Sabha again.

Singh had announced his resignation from the party on Saturday. Earlier, JDU had sought clarification from RCP Singh on the allegations of corruption.

Changing partners in Nitish Kumar’s politics has been a part of his strategy. This strategy has been there from the beginning in the ups and downs of his politics.