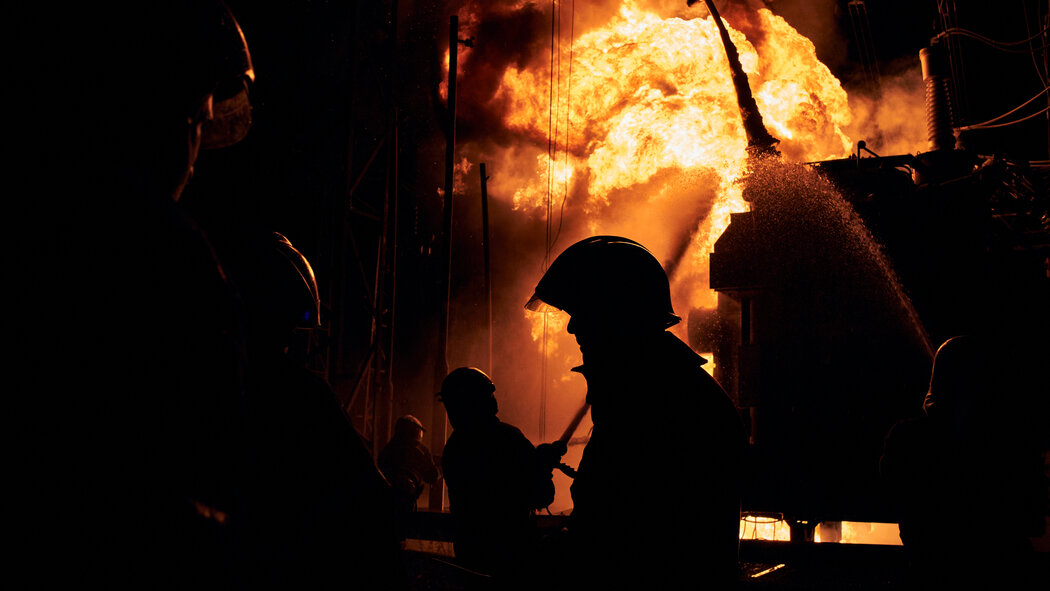 KIVY: Russian missile hits on Ukraine’s power network caused blackouts in many parts of the country on Monday deepening fears of outages this winter and prompting Kyiv to halt electricity exports -/-*+

Writing on social media, Dmitry Medvedev, a close aide of Russian President Vladimir Putin, indicated that the escalation of attacks could be the beginning of an escalation of the war on the Russian side.

He wrote that Ukraine would be a clearly visible threat to Russia. The work he will do in the future will be aimed at the complete end of the political regime in Ukraine.

Six people were killed and 51 more were injured in Russia’s missile strike on Kyiv on Monday morning, according to the city’s officials.

In an update on Telegram, it said:

As a result of today’s shelling, six people were killed, 51 were injured, 12 were rescued and 24 were evacuated.

Overall, at least 11 people died and 89 were injured by the missile attacks across Ukraine, according to Ukraine’s police.

Four people died in Dnipropetrovsk region, and one person each was killed in Poltava region and Kyiv region, officials added.

According to the Guardian report, The head of Ukraine’s Center for Civil Liberties, which last week was awarded the Nobel Peace Prize, has shared a video of the aftermath of Russia’s missile strike on a children’s playground in Kyiv.

Oleksandra Matviichuk said many children and their parents visit this playground every day, while just opposite lies the university where she attended for years.

There is no military necessity in hitting these objects. Russia did these things because they could.

She calls on the international community to recognise Russia as a state sponsor of terrorism, and to provide Ukraine with modern air defence systems to “stop this circle of impunity” and hold Vladimir Putin and his Belarusian counterpart, Aleksandr Lukashenko, and other war criminals accountable.

I am standing next to the children playground which was hit by the Russian missile in the morning in Kyiv center. Putin, Lukashenko and other war criminals must be accountable. Help Ukraine to bring them to justice#StandWithUkraine pic.twitter.com/xBr8zjGgpz

Here are some of the latest images to be sent to us from the site of Russia’s strikes on Kyiv this morning.