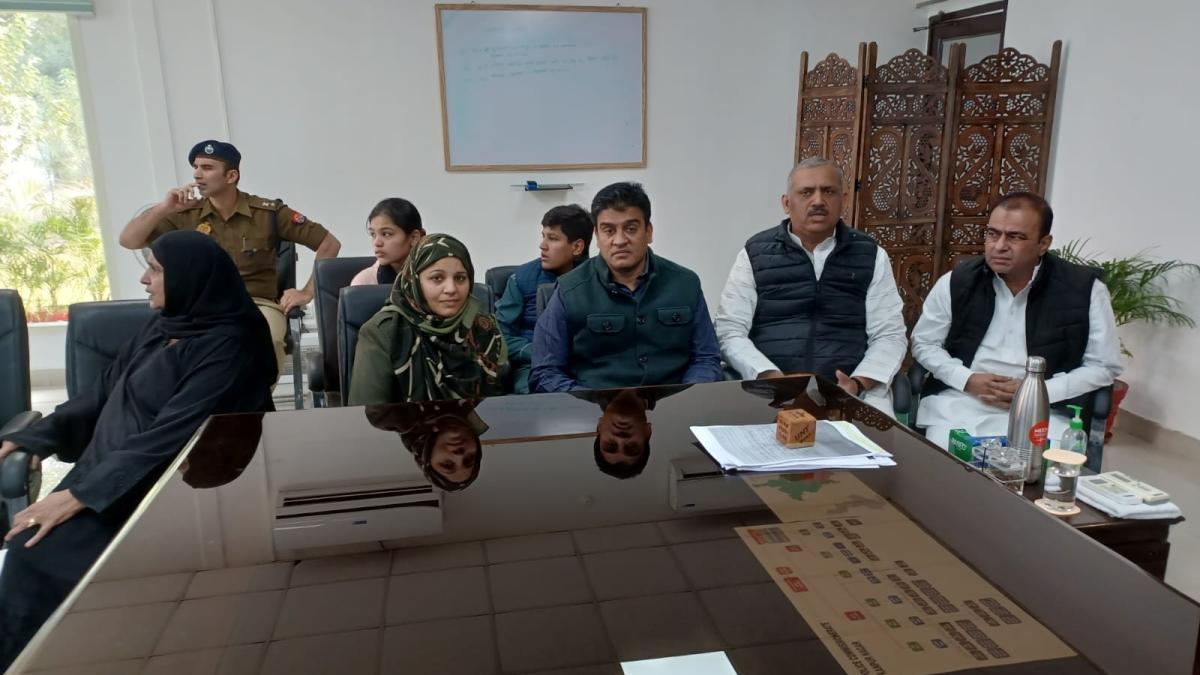 LUCKNOW: Samajwadi Party MLA Irfan Solanki and his brother Rizwan Solanki were arrested by Kanpur police on Friday. Both reached the Police Commissioner Office to surrender with their family.

Irfan and Rizwan Solank were booked for burning a woman’s house in a land dispute. Both were running away and a non-bailable warrant was issued against duo accused.

A case has been registered against Irfan Solanki in an arson and property dispute. The MLA has six cases against him- five were filed during elections over the years. One of the case was related to serious charges, including extortion.

The police had filed a case against SP MLA Irfan Solanki and his brother Rizwan on November 8 on the complaint of Nazir Fatima, who lived in Jajmau’s defense colony.

The woman alleged that her house was set on fire by MLA Solanki and her brother in the land dispute. The woman said that she had gone to attend a wedding at the time of the incident.

Fatima alleges that she has a land in the Defence Colony, which has been captured by the SP MLA and her brother. On opposing this, the accused set fire to their house.