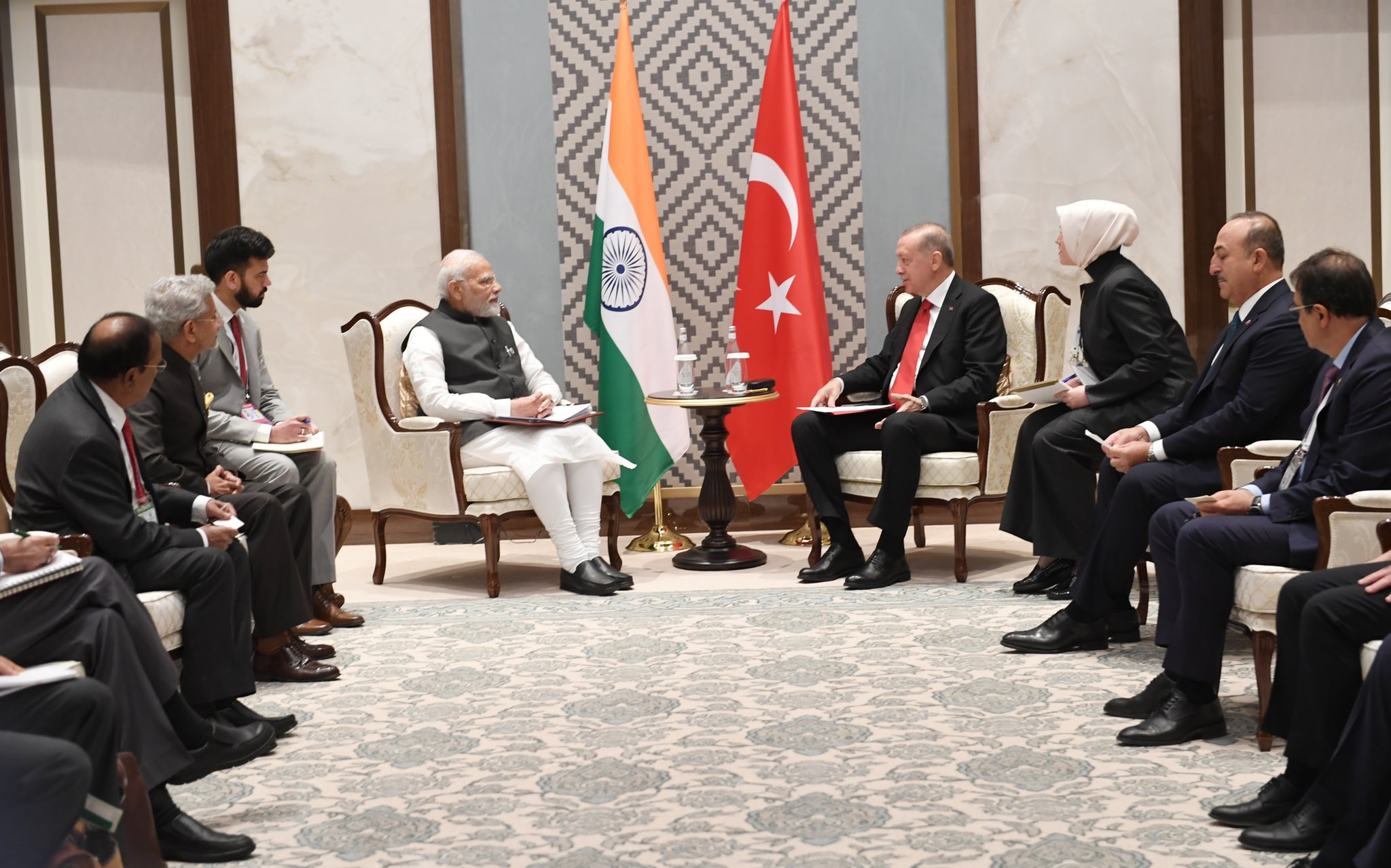 Russian President Vladimir Putin congratulated India for assuming the presidency for next year.

Both leaders held a bilateral meeting on sidelines of SCO summit. Which several global trade issues have been discussed.

Giving information about bilateral meeting in its Twitter handle, the Prime Minister’s Office has said that the two leaders discussed ways to enhance bilateral cooperation between the two countries in different areas.

Useful discussions between PM @narendramodi and President @RTErdogan of Türkiye in Samarkand.

Uzbekistan is the current chair of SCO 2022 whereas India will be the next chair of the SCO. Uzbekistan’s President Shavkat Mirziyoyev welcomed PM Modi to the Congress Centre in Samarkand for the 22nd SCO summit.