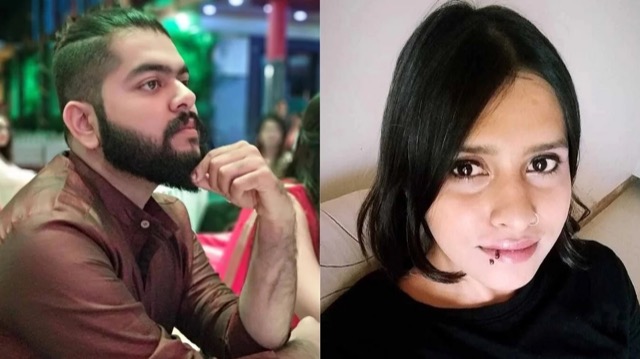 Aftab will be produced through video conferencing in Saket court

Lawyer Virendra Katolia said in Saket court, “Such killers should be hanged. Love jihad is happening, parts are cut off and thrown away, so that such crimes should not happen in the future, so strict punishment should be given.”

Aftab Poonawala, the accused in the case, will be produced today through video conferencing in Delhi’s Saket Court.

According to the media, keeping in view the security and sensitivity of the matter, the application for the production of Aftab has been approved through video conferencing.

Shraddha murder case | An application for the appearance of accused Aftab Poonawala through video conferencing was allowed, due to the security and sensitivity of the case. Now he is to be produced before court through VC.

Last day i.e. on Wednesday, the court had given permission to the Delhi Police to conduct a narco test on Aftab. The police has now started preparing for this. The police claim that Aftab is constantly trying to divert this investigation. He is not giving correct information about Shraddha’s mobile and the weapon used in the incident.

Shraddha murder case | An application for the appearance of accused Aftab Poonawala through video conferencing was allowed, due to the security and sensitivity of the case. Now he is to be produced before court through VC.

The Delhi Police has not yet found the weapon with which the murder took place. Along with this, the police have not yet received the clothes and CCTV footage of the deceased.

Delhi Police is continuously making new revelations regarding this matter. Earlier, the police had reached Aftab’s Delhi flat. From here, the police have found blood stains in the kitchen of the flat, whose samples have been sent for examination to find out to whom the stains belong.

Delhi Police has been going to the forests of Chhatarpur hilly area with accused Aftab for the last few days so that evidence can be gathered in this case.

Along with this, Delhi Police has also tried to recreate the crime scene in this case on Wednesday.

Aftab is leading the police astray, said the father of the deceased

Aftab is clever and has erased the evidence in the last 5-6 months. So, Police will face a little difficulty in bringing out the truth. I won’t rest until Aftab is given a death sentence: Vikas Walker, Shraddha’s father, to ANI

Vikas Walkar, the father of the deceased, has spoken to the news agency.

He said, “Delhi Police realized that Aftab sometimes lies and sometimes tells the truth. That’s why they applied for the narco test. I feel that I am going to get justice. If he has committed the crime, he should be hanged.” should be given.

I always thought he was lying, I told Mumbai and Delhi police. Aftab is cunning and has destroyed the evidence in the last 5-6 months. In such a situation, there will be some difficulty in bringing out the truth to the police. I will not rest till Aftab is given the death penalty.”