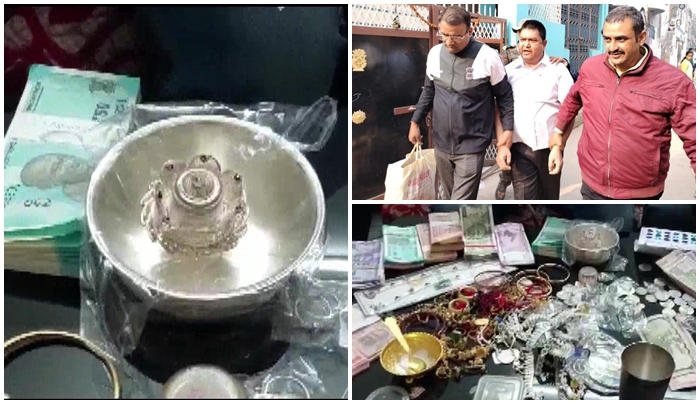 According to the report, it is said that the drug inspector was demanding bribe from two medical shopkeepers in the name of renewal of license. Rs 75000 were demanded from shopkeeper Vinod Kumar Singh and two lakh from Mukesh Kumar. After this, surveillance nabbed the Drug Inspector from Patna by laying a trap at his Sitamarhi residence.

Bihar | A complaint was received against Drug Inspector Naveen Kumar posted in Sitamarhi. He was arrested from his house in Sitamarhi while taking Rs 2 lakh as a bribe. Searches are being conducted at his house in Patna as well: Mohd Khurshid Alam, Deputy SP, Vigilance Department pic.twitter.com/LwqbDB2lZy

As per report, Raids are going on at three places of Drug Inspector including Sitamarhi, Patna and Deoghar. The matter of getting huge amount from all the three places has come to the fore. Monitoring DSP Arunoday Pandey says that the counting of money received from the drug inspector’s bases is going on. Drug Inspector’s residence is at Paswan Chowk in Sitamarhi. After the raid there, the inquiry is going on by keeping the Inspector in the Sitamarhi Circuit House. Monitoring officers Pawan Kumar, Gautam Krishna, Inspector Sanjeev Kumar, Mukesh Jaiswal and others are engaged in questioning him.