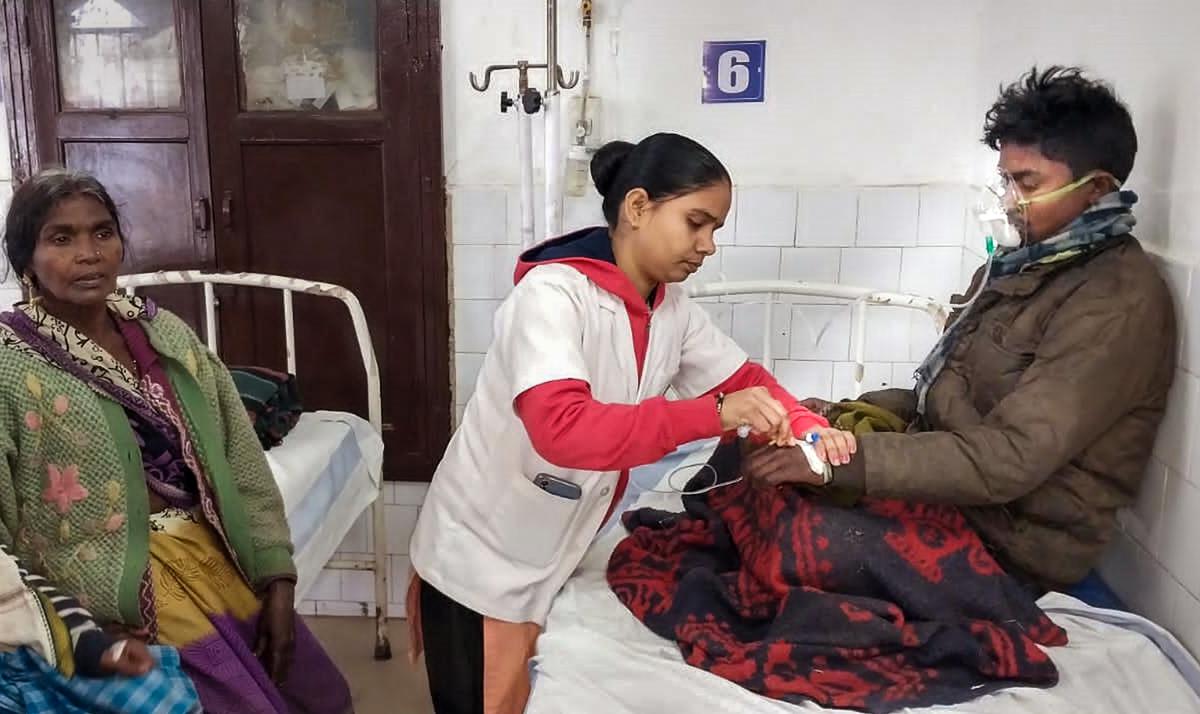 Spirit was imported from Kolkata in the name of sanitizer: Police

SIWAN: After seven people have lost their lives due to spurious liquor in Siwan, Bihar Police have taken strict action against illicit liquor supplier. On Monday evening, SHO and Chowkidar of Lakri Nabiganj police station in Siwan district have been suspended in connection with the hooch tragedy in the district. The whole matter pertains to Bala village of Lakdi Nabiganj police station area of Siwan. While 16 people have been arrested in this case.

Additional Director General of Police JS Gangwar said that 16 people have been arrested so far. Eight people died and six lost their eyesight after consuming spurious liquor in the Siwan district Sunday night.

However, ADG Headquarters Jitendra Singh Gangwar reported, for making liquor, spirit was called from Kolkata in the name of making sanitizer. It was brought through the transporter of Muzaffarpur on 18 January. A total of five people have died so far. Seven are undergoing treatment. Saran’s DIG has also gone to investigate on the spot.

Meanwhile, Opposition leader in assembly Vijay Kumar Sinha alleged that the hooch tragedy is happening in the state repeatedly as the government is not taking stringent action against the culprits.