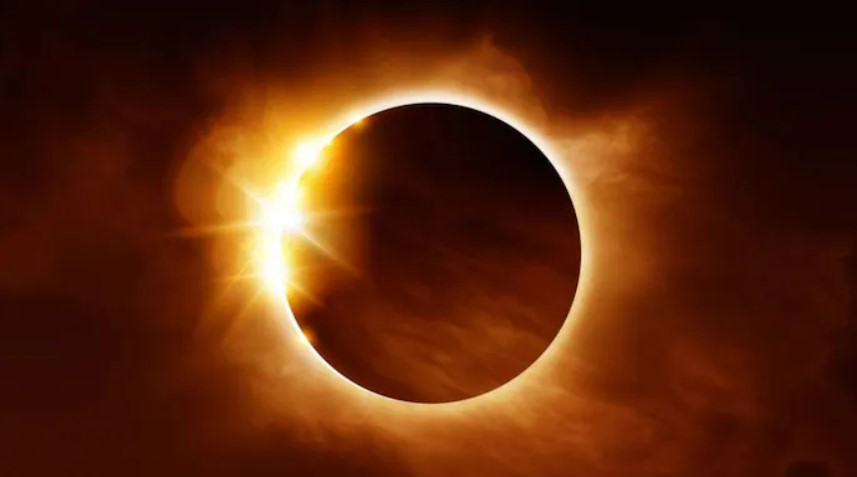 NEW DELHI: The last Solar Eclipse has started in abroad and it will soon begin in India. This can be seen in many parts of the world including India. Due to the eclipse in India, its Sutak period will be valid.

Due to the eclipse, Govardhan Puja will be celebrated tomorrow i.e., on October 26, 2022 and Bhaiya Dooj on October 27, 2022. Surya Grahan timing in India is from at 4:29 pm till 6.09 pm. The Sutak period has become effective from 12 hours before the eclipse. After this, on November 8, the last lunar eclipse of the year will take place.

Badrinath temple closes doors due to partial solar eclipse, devotees pray from outside

According to the news report, People wait outside as the doors of Badrinath temple are closed due to partial solar eclipse, in Chamoli on Tuesday. The doors of the temple will be opened after the eclipse period.

According to astrologers, some temples remain closed during a solar eclipse or Surya Grahan due to ‘the amount of negative energy released’ during that phase.

Why keep basil leaves in food items during eclipse

According to religious beliefs, all kinds of food and drink become impure during a solar eclipse. For this reason, basil leaves are put in the food items so that the solar eclipse does not have a negative effect. During the eclipse, negative and contaminating rays are spread in the atmosphere which has been considered injurious to health. Tulsi leaves have great importance in Ayurveda. Basil leaves are lifesaving. Tulsi has a lot of anti-bacterial and iron elements. By consuming it, the immunity of the person increases.

Surya Grahan in India: Safe to watch solar eclipse with sunglasses? Check out what NASA says

NASA says, “Except during the brief total phase of a total solar eclipse, when the Moon completely blocks the Sun’s bright face, it is not safe to look directly at the Sun without specialized eye protection for solar viewing. Viewing any part of the bright Sun through a camera lens, binoculars, or a telescope without a special-purpose solar filter secured over the front of the optics will instantly cause severe eye injury.”

On Oct. 25, the Moon will pass in front of the Sun, partially blocking the star for some viewers in Africa, Asia, & Europe! 🌍🌑☀️

This partial solar eclipse is a chance to witness the dance between the Sun, @NASAMoon, & @NASAEarth. For safe viewing info: https://t.co/z6FQZ9PVw3 pic.twitter.com/QoHvdB4QZJ

According to Physics Professor Richard Olenick, PhD at University of Dallas, local animals and birds often prepare for sleep or behave confusedly during an eclipse and local temperatures often drop 20 degrees or more near totality.

Surya Grahan 2022 in India and across cities