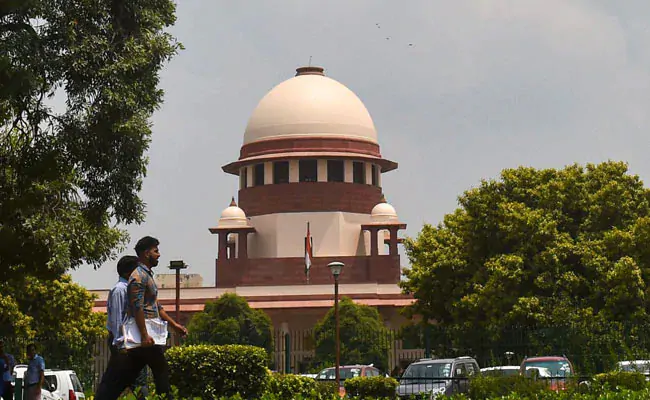 NEW DELHI: The Supreme Court has given a decision to continue the system of 10 per cent reservation for the economically weaker section (EWS) quota.

The EWS quota is not discriminatory and does not alter the basic structure of the constitution, said the majority Supreme Court judgment.

The quota bypassed affirmative action that benefits communities traditionally marginalised in Indian society, like the Scheduled Caste and Scheduled Tribes (SC/STs) and Other Backward Classes (OBCs).

Justice Dinesh Maheshwari and Justice Bela M Trivedi uphold the validity of the Constitution's 103rd Amendment Act 2019, which provides for the 10 per cent EWS reservation amongst the general category. pic.twitter.com/Q7BFhKTPfD

A five-judge bench headed by Chief Justice UU Lalit ruled in favor of the EWS quota with a majority and held that the 103rd Constitutional Amendment is valid.

This provision of reservation has been made for the poor students of general category by making 103rd amendment in the Constitution of India.

The court had reserved its verdict on September 27 after hearing more than 30 petitions challenging the validity of the EWS quota. A five-member constitution bench headed by Chief Justice UU Lalit was hearing the matter.

In 2019, just before the last Lok Sabha elections, the central government had implemented this system and for this the 103rd amendment was made in the constitution. The EWS quota implemented in 2019 was challenged in the court by several petitioners including Tamil Nadu’s ruling party DMK, calling it against the Constitution.