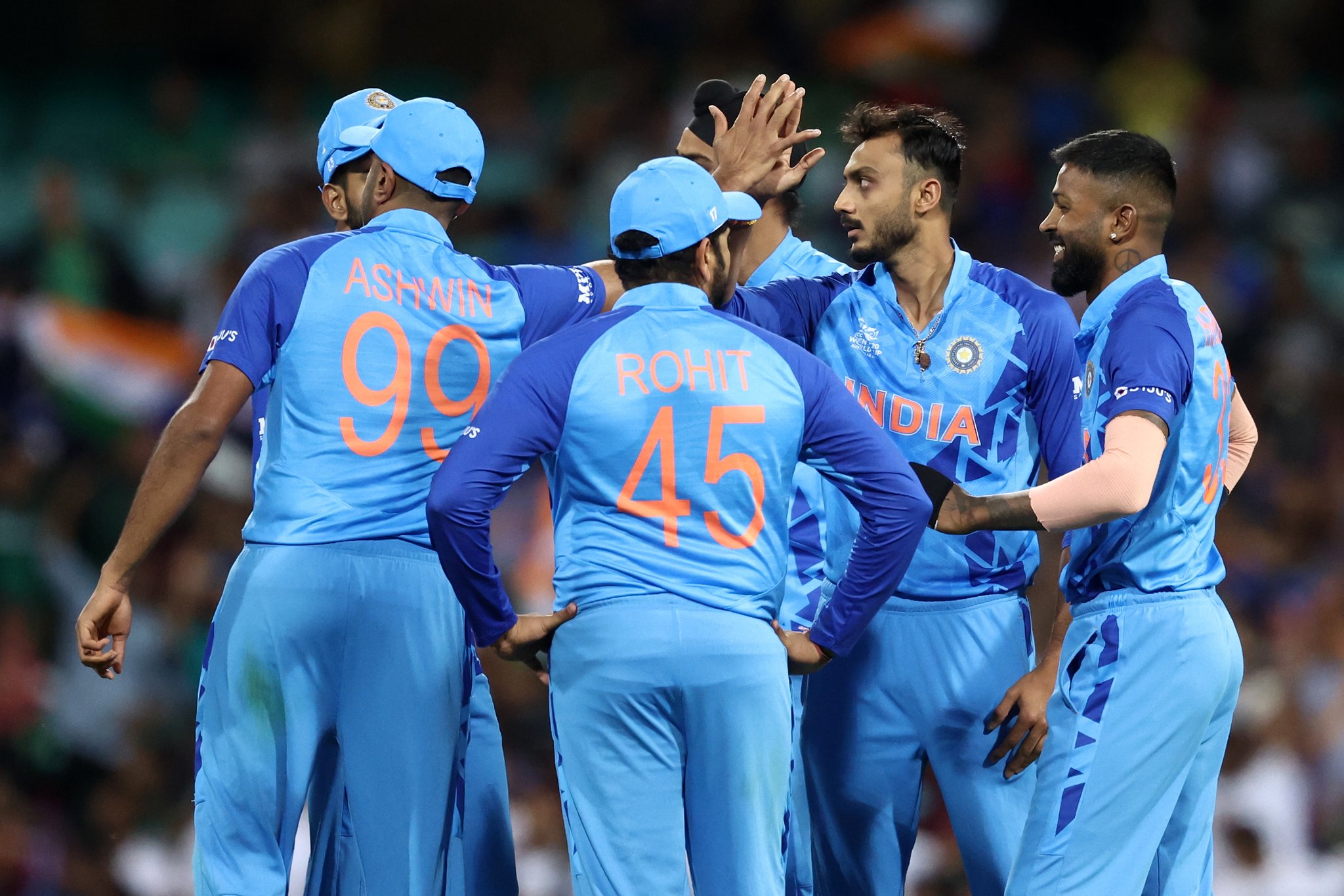 Sydney: The Indian cricket team’s impressive performance in the T20 World Cup 2022 continues. India won their second match against Netherlands by 56 runs. This is India’s second consecutive win in the tournament. Batting first, the Indian team made a big score of 179 runs for the loss of two wickets. In reply, the Netherlands batsmen were shattered under pressure and could only score 123 runs.

Arshdeep is at the boundary line having some energy fluids when he gets to celebrate this wicket. That is because the umpire had given not out for this rip-roaring yorker that Klaasen could do nothing about. Rohit silently takes the review it is three reds on the ball tracker. Arshdeep will be on a hat-trick if he bowls the last over.

Batting first, India lost the wicket of KL Rahul cheaply. After this, Rohit Sharma and Virat Kohli shared a brilliant partnership of 73 runs for the second wicket. Rohit was dismissed after playing a captaincy innings of 53 runs in 39 balls. After the dismissal of Rohit, Suryakumar Yadav and Kohli scored fast together. The two shared an unbeaten 95-run partnership for the third wicket. Thanks to this partnership, the Indian team reached a strong score.

Kohli scored his second consecutive fifty in the tournament and he remained unbeaten in both the matches. Kohli scored an unbeaten 62 off 44 balls against the Netherlands. In this innings, he hit three fours and two sixes. From the other end, Suryakumar made an unbeaten 51 runs in just 25 balls. Suryakumar’s innings included seven fours and a six.

India captain Rohit Sharma: Lucky for us, we had a few days to get over that special win (in MCG). As soon as the game got over, we came to Sydney and regrouped. We have to move on now, and the focus was on this game where we wanted to come out and get those two points. I thought it was a clinical win. Looking at the way they have qualified for the Super 12s, credit to them. We, however always looked to what we can do with ourselves, not bother about the opposition. To be honest, this was a near perfect win. We played a little slow at the start but that was the conversation between me and Virat, we had to wait on that surface to play the big shots.

Netherlands captain Scott Edwards: Definitely the noisiest crowd. It is difficult to speak to the players sometimes, but it was a great experience. We came here to win and put on a good performance, but the way those two batters played in the end just took the game away from us.

The Netherlands team, chasing a big target, looked under pressure from the beginning. The Dutch team could only score 27 runs in the powerplay and they also lost two wickets. The Indian spinners did a great job in the middle overs and did not give any chance to the Netherlands. Akshar Patel took 18 runs in four overs and Ravichandran Ashwin took two wickets each while spending 21 runs in four overs.