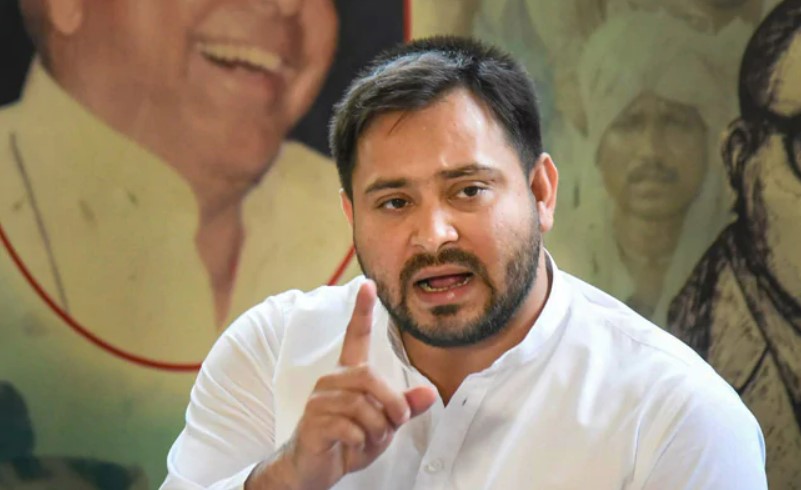 After the swearing-in ceremony, Bihar Deputy Chief Minister Tejashwi Yadav’s on Wednesday assured that his ally party will provide employment to every youth within a month.

In a big statement regarding employment, Yadav said, “Bihar has to be taken to the heights with great strength. People of Bihar will progress. We and respected Nitish Kumar ji will work together in this direction by working hard day and night in this direction. “

On the issue of unemployment, Tejashwi said, “Within a month, youth will get government jobs.”

Tejashwi said about BJP sitting on dharna, “What to say about them. Let them sit. When there was time, to give special status to Bihar, to give special package… still it is not there… Tell them to stage a dharna in the center as well. Strike outside the Prime Minister’s office. And at least give Bihar its due.

Former Bihar Chief Minister and Lalu Yadav’s wife Rabri Devi was also present during the swearing-in. However, Lalu Yadav did not attend the ceremony.

Tejashwi’s wife Rajshree was also present in this ceremony. He said, “We are all happy with Tejashwi Yadav becoming the Deputy Chief Minister in Bihar. The people of the entire state are happy.”

Earlier in survey report in years 2020, unemployment became a taking point in Bihar politics. All political parties had promised jobs for youth if voted to power.

The previous state government had responded with the announcement of filling 94,000 posts of teachers in Bihar government schools. It was announced in June. It was seen linked with the Nitish Kumar government’s attempt to retain power in the election.

Now, political parties was promising jobs to people in unprecedented numbers. Before the election, RJD-led by chief ministerial hopeful Tejashwi Yadav, had promised to give 10 lakh jobs to the youth of Bihar if the Mahagathbandh is voted to power.

Tejashwi Yadav is repeating this promise at every public rally he is addressing during his previous election campaign. His supporters are upbeat that the promise is showing its impact.