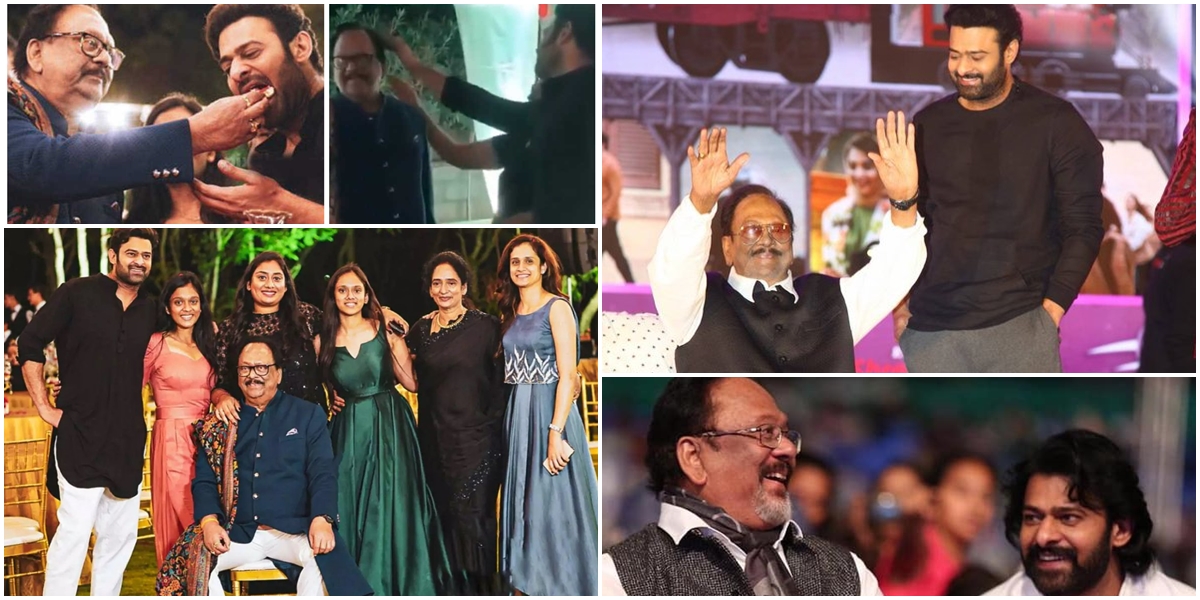 HYDERABAD: Veteran Telugu actor and Former Union Minister Uppalapati Krishnam Raju passed away at 83. UV Krishnam Raju who was popularity known as the “Rebel Star’, demise in the early hours on Sunday in Hyderabad.  He was undergoing treatment at AIG Hospital in Hyderabad.

Let us inform that Raju was a two-time Lok Sabha member and served as a Union Minister of State in the government of Atal Bihari Vajpayee. Raju, popularly known as ‘Rebel Star’, acted in more than 180 films and was in discussion with his rebellious characters. She made her film debut in 1966 with the Telugu film ‘Chilaka Gorinka’. He was awarded many awards for his acting. Krishnam Raju worked in films ranging from romantic, thriller, social, family, historical and mythological films. At the same time, the list of his hit films includes ‘Amara Deepam’, ‘Sita Ramulu’, ‘Katkatala Rudraiya’ among many others.

According to hospital sources, Krishnam Raju was suffering from post-COVID-19 ailments and was admitted to the hospital on August 5. He was diagnosed with severe pneumonia caused by multidrug-resistant bacteria and fungal organisms, and severe infective bronchitis.

Krishnam Raju had heart rhythm disturbances during the hospital stay and worsening of kidney function. He was managed on ventilator support since admission, hospital sources informed. “He succumbed to severe pneumonia and its complications on 11 September at 3.16 am due to cardiac arrest,” hospital sources said.

Stars from Tollywood to the political world are paying tribute to him on social media. Anushka Shetty shared a picture with Krishnam on social media and wrote an emotional caption. Apart from this, Kartikeya 2 fame actor Nikhil Siddharth wrote on Twitter, ‘A legend left us… a man with a heart of gold.. Rest in peace sir will always remember your presence and inspiring words.’ While Telangana Chief Minister K. Chandrashekhar Rao condoled his death.

Rao said in a statement that Krishnam Raju, who performed brilliantly in several films during a career spanning 50 years and won the hearts of film audiences as a ‘rebel star’ with his unique acting style, is a great loss to Telugu cinema.

A Legend Has left us… A man with a Heart of Gold.. Rest in Peace sir 🙏🏽🙏🏽🙏🏽 will miss your Presence and Motivational words always… @UVKrishnamRaju #KrishnamRaju 🙏🏽 pic.twitter.com/0a4bhAik0r

KCR said that the death of Krishnam Raju, who acted as a hero in many films during a fifty-year career and won the hearts of moviegoers as a ‘Rebel Star’ with his unique acting style, is a great loss for the Telugu silver screen.

He further said, “Krishnam Raju served the people of the country as a member of the Lok Sabha, as a Union Minister and through the field of political administration, is sad.”

On the other hand, condoling the former minister’s death, Telangana BJP chief Bandi Sanjay Kumar in a statement said the death of Krishnam Raju is painful and a big loss to the BJP, Telugu film industry and people.

Deeply saddened to learn about demise of popular film actor & former BJP MP who served as Union Minister Shri UV Krishnam Raju garu. He was loved as a ‘Rebel Star’ by moviegoers. This is a great loss for Telugu people. Deepest condolences to family members & followers.
Om Shanti.

Defence Minister Rajnath Singh, extended their condolences on social media. He took to his Twitter handle and wrote, ‘Shocked by the demise of Legendary Actor and former MP, Krishnam Raju garu. He will be remembered for his excellent performances in several Telugu films. He had a wonderful and magnanimous personality. My condolences to Prabhas, his entire family and admirers. Om Shanti’.

Shocked by the demise of Legendary Actor and former MP, Krishnam Raju garu. He will be remembered for his excellent performances in several Telugu films. He had a wonderful and magnanimous personality. My condolences to Prabhas, his entire family and admirers. Om Shanti.