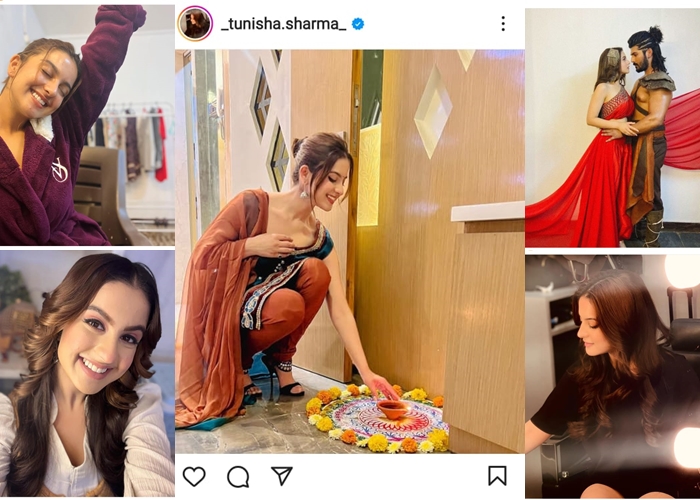 MUMBAI: TV actress Tunisha Sharma, who was known for her role in Chakravartin Ashoka Samrat, and more TV shows, has committed suicide at age of 20.

According to the information, Tunisha went to the toilet during the tea break and did not leave for a long time, then the door was broken. It was found that Tunisha had committed suicide by hanging herself.

Kailash Barve, senior police inspector of Valiv police station, told that he has received information about Tunisha Sharma’s suicide, police is going to the spot.

Just five hours ago, Tunisha had shared a video of herself getting her makeup done from the sets. Earlier, it was reported that the actress was rushed to the hospital after she attempted suicide.

Shared the video from the makeup room a few hours ago

Tunisha Sharma was only 20 years old. According to the information, she was shooting for Alibaba serial. She had shared a video on Insta Story just a few hours ago, in which she was seen applying make-up on the set and talking to the people present there.

Started my career with this show