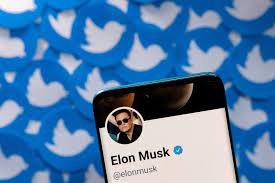 Washington: Twitter will get an October trial in its legal fight to hold Elon Musk to his $44 billion takeover, after a Delaware judge said on Tuesday, according to the reuters report.

During the hearing, Twitter’s lawyer, Bill Savitt of Wachtell, Lipton, Rosen & Katz, argued that Twitter’s request for a September trial was well in line with the timelines for similar cases in the past. He added that a quick trial schedule is imperative to stop the ongoing harm Twitter has experienced from the uncertainty of the deal’s closure and alleged disparagement by Musk

The ruling is a blow to Musk, who pushed for a trial in February to allow for an extensive investigation into his claims that Twitter has misrepresented the number of fake or spam accounts.

Twitter had argued that delaying the trial into the next year could threaten deal financing.

Chancellor Kathaleen McCormick of the Court of Chancery in Delaware said on Tuesday that the company deserved a swift decision on its claims.

An attorney for Musk, who is also the chief executive of electric car maker Tesla Inc (TSLA.O), did not respond to a request for comment.

“We are pleased that the court agreed to expedite this trial,” a Twitter spokesperson said.

Rossman charged that Twitter wants “to continue to shroud in secrecy” that number and failed to provide the information Musk asked of the company earlier.

But Savitt said that determining the percentage of spam accounts is not necessary in this case, since “nothing in the merger agreement turns on that question.”