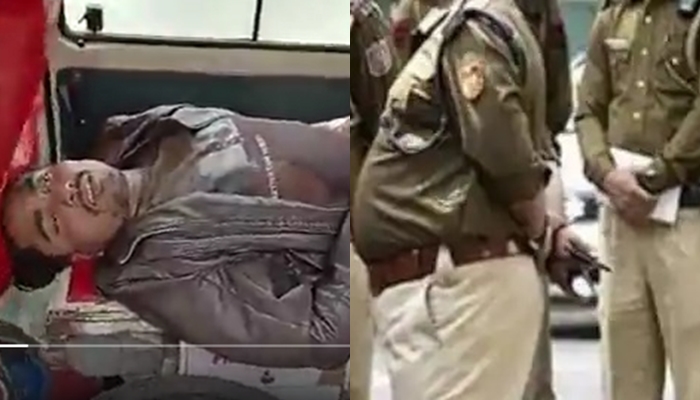 Lucknow (Uttar Pradesh): Two robbers have been killed in a police encounter in Bulandshahr, UP. According to the information, there was a reward of 50-50 thousand rupees on both the criminals who shot Saraf in the jewelry robbery case.

Police had an encounter with robbers in Kotwali and Pahasu areas of the district. In which 3 policemen have also been injured.

In Bulandshahr, on November 3, these two miscreants looted a bullion shop in broad daylight. During this, the miscreants shot the bullion trader. However, his condition is fine now. After shooting, the miscreants took away jewelery and cash worth Rs 11 lakh. The entire incident was captured in the CCTV installed in the shop. The faces of both the miscreants were clearly visible in this.

On the instructions of ADG Meerut Rajeev Sabharwal, whip is being used on criminals continuously in Uttar Pradesh. In fact, there was an encounter with the police last night with two miscreants who were wanted for shooting during the robbery of a bullion trader. In this encounter, both the miscreants got killed. Although this encounter has not been officially reported.

According to the information, the UP police had an encounter with two wanted miscreants of this incident that shook the city at different places. In the first encounter, scumbag Ashish, who was wanted for looting bullion with a reward of Rs 50,000, was killed. In the incident, wanted criminal and swindler carrying reward of Rs 50,000 was killed in Abdul Pahasu. During the encounter in Bulandshahr Kotwali area, two police constables were also injured by bullets.