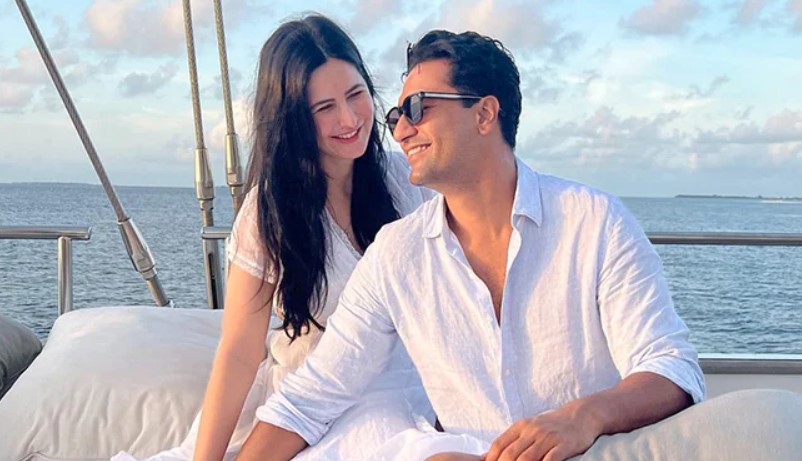 The Mumbai Police has informed that a case has been registered against an unknown person who threating to kill newly couple.

Significantly, Vicky Kaushal and Katrina Kaif got married on December 9 last year. Recently both the stars went to Maldives to celebrate Katrina’s birthday with their close friends. On July 16, Katrina celebrated her 39th birthday. Many special pictures of both the stars were also revealed from there. Both had been sharing a bunch of pictures from the holiday.

According to the report, Vicky lodged a complaint at Santacruz police station in Mumbai, after which the police registered a case against an unknown person and started investigating. A person named Aditya Rajput has been accused of making threats on social media. Police is investigating against Aditya on the complaint of Vicky Kaushal.

On the complaint of Vicky Kaushal, the police have registered a case under section 506(2), 354(D) IPC r/w section 67 IT Act. Vicky Kaushal alleges that a person is threatening him through a message on Instagram. He also alleged that the accused is also keeping an eye on his wife i.e. Katrina Kaif and threatening her, as per the report.

Earlier recently, actor Salman Khan received death threats through a letter. In this case, a complaint was given to the police on behalf of Salman Khan. A few days back, Salman himself had met the Police Commissioner of Mumbai. According to reports, he had also applied for a gun license.

Bollywood actor Swara Bhasker also received a death threat through a letter, following which Mumbai Police registered a non-cognizable offence against an unknown person and began an investigation into the matter.