New Delhi: Indian businessman Vijay Mallya has been sentenced to four months for a 2017 contempt of the Supreme Court case and fined Rs 2000 on him.

He was convicted of contempt in 2017 over transfer 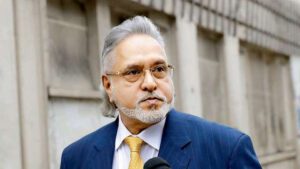 ring $ 40 million to his children in violation of court orders. The fines I to be deposited within four weeks to the Supreme Court legal services authority, failing which a further sentence of two months will be added, the court said.

While pronouncing the verdict, the Supreme Court said, “Appropriate punishment must be given.”

If Vijay Mallya does not do this, his property will be confiscated.

However, the court had called him several times to appear himself. But, after Mallya did not appear in the court and he was not extradited, last year the court decided to extend the hearing of the sentence.

In February this year, in the same case, the Supreme Court had given him the last opportunity of two weeks to appear in the court either himself or through his lawyer.