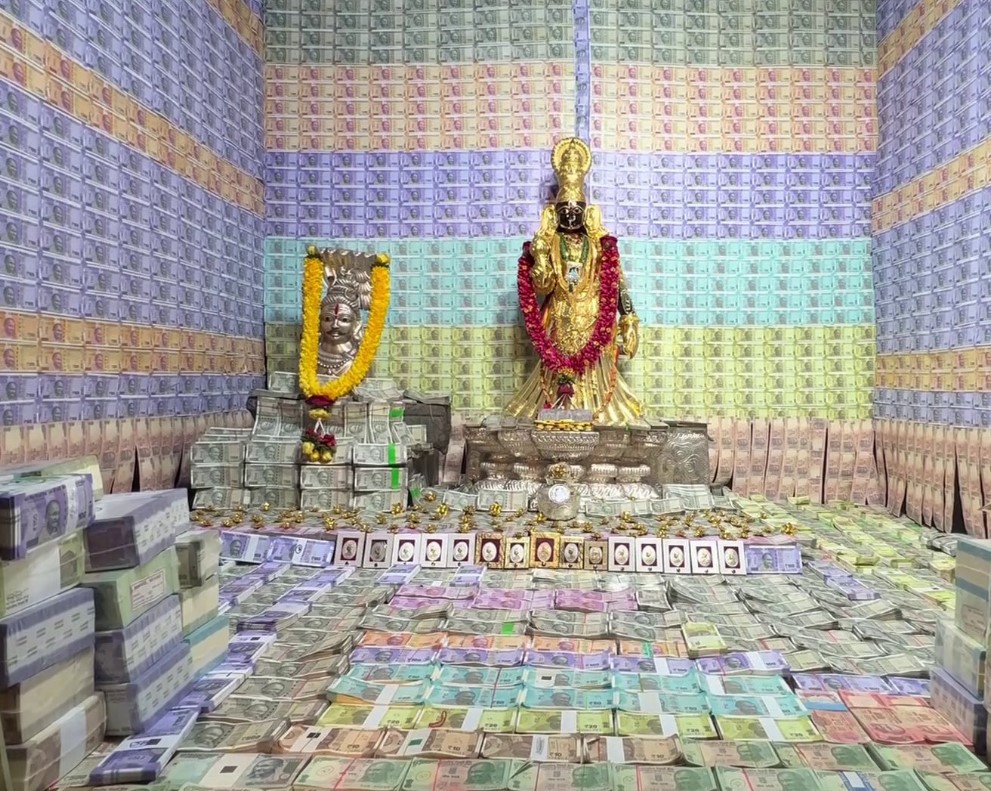 The temple has been observing the tradition of decorating the goddess with gold and cash during Dasara for almost two decades.

The tradition of decorating the Goddess with gold and cash has been going on in this temple for almost two decades during Dussehra. On Friday, a huge crowd of devotees gathered to see the incarnation of Goddess Mahalakshmi.

"It's public contribution & will be returned once the puja is over. It won't go to temple trust," says the Temple committee pic.twitter.com/1nWfXQwW7c

As per ANI, “It is part of the public donation. It will be returned after the puja is over. It will not go to the temple trust.” “

In a picture released, buntings made of notes are seen hanging on trees and from ceilings. The devotees who reach the temple look at him eagerly. It is believed that the cash and gold given to the goddess on the occasion of ‘Devi Navratri Ustavalu’ will prove to be lucky for her and will help her in improving her business.