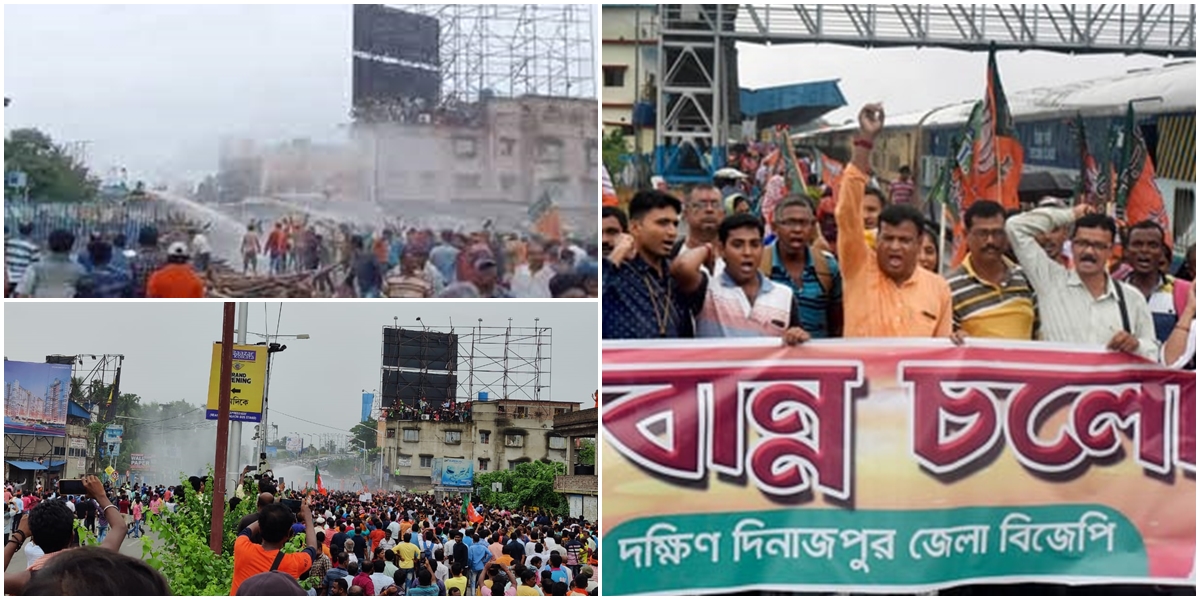 KOLKATA: During the BJP’s ‘Nabanna Chalo’ March, there has been a clash between BJP workers and the police at many places.

In the latest showdown between BJP and the ruling TMC government in West Bengal, the saffron party on Tuesday claimed that the state police was stopping its workers and leaders from proceeding with the Nabanna Cholo mega rally.

An incident of setting fire to a police car has also come to the fore. On the other hand, a public interest litigation has been filed against the campaign in the High Court.

Questioning the uproar during BJP’s Nabanna Chalo march, Trinamool Congress has asked whether they are BJP workers or any protest?

“We strongly condemn such abusive behavior!”

On the other hand, Bengal BJP, describing the water cannon and police action as barbaric, wrote, “By ignoring police brutality and water cannon, BJP has taken to the streets of Kolkata in protest against corruption.”

At the same time, in the second tweet, the party writes, “No more need for a corrupt government.”

CM's scared, ran away after seeing the strength of the people gathered here; only 30% are here today, some of the rest were detained y'day, he said pic.twitter.com/M06AV7CQ58

Meanwhile, A Police vehicle was torched during BJP’s ‘Nabanna Chalo’ march against the state government, in Kolkata.

Police use water cannons and tear gas shells to stop and disperse BJP workers in Santragachhi area of Howrah, amid their call for Nabanna Chalo march.