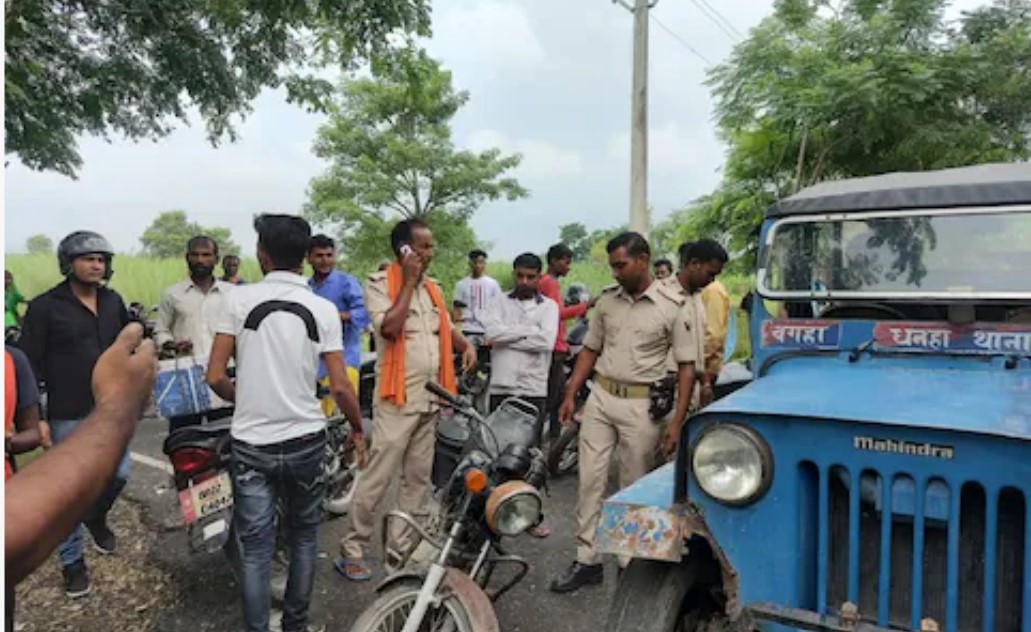 Bagaha (West Champaran): A fake traffic Police officer was nabbed when he was was checking vehicles and levying fine on violators along with real on-duty personnel. At that time the Bihar police reached on the spot on Friday.

Fake police, who searched a bike present on the spot, country-made liquor was recovered from him. After the shameful incident, the police have also confiscated the bike by taking the fake inspector into custody.

According to police, a fake sub-inspector was checking the vehicles in Bagaha’s` West Champaran. In Dhanha police station area, a person was caught by some people while cheating as a police.

The accused has been identified as Shah Alam, a resident of Dahwa. The police, who reached the information of the case, arrested the accused fake Inspector with the bike.

During the investigation, a bike was recovered on the spot, in which a consignment of country-made liquor has been recovered.

How did he cheat by becoming a fake police,

However, accuse was standing in plain clothes near Devipur turn of Madhubani-Dawa main road. He was stopping the bike riders on the road and demanding fine from them by threatening to check liquor.

Meanwhile, Pappu Sahni, a resident of Shamserwa, was going to see the paddy crop in his field. The fake inspector stopped them and started checking the bike. When Pappu inquired, he got confused. When Pappu asked on whose orders the vehicles were being checked, the fake inspector got furious. On being asked, the accused started telling himself as the “little babu” of the police station. On the orders of the SHO, he started talking about conducting a liquor investigation.

Slowly things started increasing and a crowd of people gathered there. On receiving the information, SI Jai Singh Yadav reached the spot along with the police force. Bajaj Boxer bike (UP 57B 0856) was recovered from the spot. When the bike’s trunk was opened, it was full of country liquor. The accused has given his name as Shah Alam, a resident of Dahwa. The police took the bike and the accused with them. In the case, Police Station Officer Munna Kumar told that the accused is being interrogated.