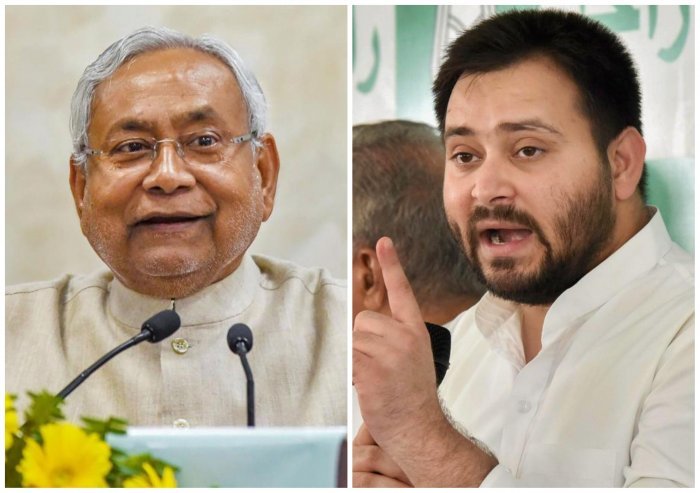 Patna: Amid tensions with ally BJP scaling up, speculations are rife that Nitish-Kumar-led JD(U) is planning a ‘split’ with the former in Bihar.

Bihar Chief Minister Nitish Kumar has called a meeting of all JD(U) MLAs and MPs amid reports of a tussle with the Bharatiya Janata Party. Meanwhile, there is news that he has also spoken to Congress interim president Sonia Gandhi on Sunday. The special thing is that the leaders of Janata Dal United have already refused to join Prime Minister Narendra Modi’s cabinet.

Political agitation has increased in the state amid the political stir after RCP Singh’s resignation from JDU. According to sources, the legislative party meetings of three important parties will be held in the state in the next two days. These include major parties like Tejashwi Yadav’s RJD, Nitish Kumar’s JDU and Jitan Ram Manjhi’s Hum. The meeting is reported to be held from Monday to Tuesday (August 8 to 9).

The RJD has also asked its MLAs not to leave Patna till August 12. Congress has also called a meeting of its Legislature Party on Monday evening.

Here are the top updates amid Bihar Political Crisis

While Kumar has called a party meeting on Tuesday, there are rumours that the opposition RJD has commanded its MLAs to remain in Patna for “the next few days” triggering speculations in a section of the media here that the state set to witness a momentous political development. The RJD is also said to have a called a meeting of its MLAs on Tuesday.

Not getting proper representation in the central government

Nitish had become angry with the BJP after JDU was offered only one post in the Narendra Modi government in June 2019. He retaliated by including eight of his party colleagues in the expanded Bihar cabinet, leaving one vacant for the BJP.

Simultaneous elections in the states and the center

The JDU chief is against simultaneous state and national elections. The idea of ​​holding simultaneous elections to the states and Parliament has been given by PM Modi, which has been strongly opposed by the opposition. This was one of those issues where the JD(U) and the opposition remained united.

Nitish unhappy with the selection of BJP ministers

Sources say that Kumar wants to interfere in the selection of BJP ministers in his cabinet. According to sources, if this happens, this move could weaken Home Minister Amit Shah’s alleged hold on Bihar, who is believed to have controlled the state by appointing people close to him as ministers.