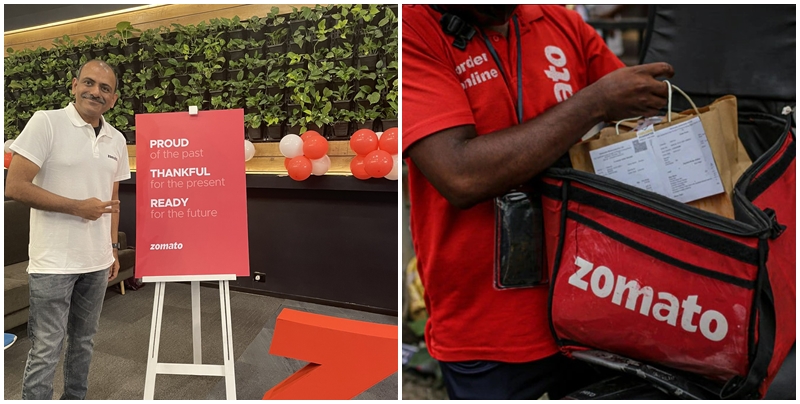 NEW DELHI: Online food delivery platform Zomato Co-founder Mohit Gupta has resigned from his post. The company attached a farewell message from Gupta, who said he will remain a “long only investor in Zomato”.

According to the report, he has shared the reason for this resignation. Also indicated about his next step. Although what they will do, they haven’t told anything openly yet.

“…I am looking forward to seeing you continuing to build on everything we have learnt over the years. Be relentless, keep learning, and build an organization that is a role model for the rest of the world,” Gupta said in his farewell message.

Mohit Gupta, who had joined Zomato in the last year, was elevated to co-founder in 2020 from the position of CEO of  its food delivery business.

Suddenly,  Zomato company issued a statement on Friday saying that its co-founder Mohit Gupta has resigned from his post. He played a key role in the launch of the company four and a half years ago.

The company said that Mohit Gupta has decided to withdraw from Zomato on his own free will. He was also not on the main managerial position in Zomato under the Companies Act 2013. Before Mohit Gupta, in the year 2021, another co-founder of the company, Gaurav Gupta, had resigned. He was the head of supply in Zomato. Mohit and Gaurav Gupta started Zomato together with Deepinder Goyal.

Let us tell you that, Zomato reported a smaller second-quarter loss on Thursday, helped by a sustained rise in online ordering. Consolidated net loss for the three months ended September 30 was Rs 2.51 billion, compared with Rs 4.30 billion rupees a year earlier, the company said in a regulatory filing.