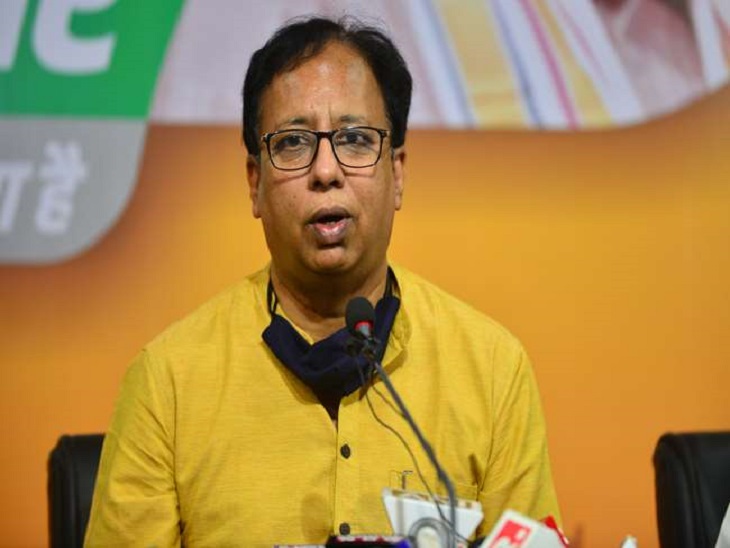 Nitish Kumar has become a rubber stamp, Tejashwi does not want elections to be held:  Sanjay Jaiswal

Patna: BJP state president Sanjay Jaiswal on Thursday held a press conference in the state office and attacked the state government regarding the municipal elections. Alleging that the elections were not held, he said that after the decision of the High Court, the municipal elections were postponed, but till now the state government has neither gone to the Supreme Court nor is talking about the reservation of the most backward. He alleged that somewhere, Chief Minister Nitish Kumar has become a rubber stamp.

Sanjay Jaiswal said that the Urban Development Department is with the Rashtriya Janata Dal. Deputy Chief Minister Tejashwi Yadav does not want elections to be held. Whatever amount is there in urban development, somewhere the government is conspiring to spend that amount from the hands of the officials.

Jaiswal further said that where there has been talk of reservation regarding the civic elections, the Bharatiya Janata Party has always been together. Whether it is a matter of implementing Mandal Commission, whether it is a matter of reservation in Panchayat elections. Bharatiya Janata Party has always supported reservation. Despite this, whenever Lalu Yadav and Nitish Kumar supported each other and formed the government, whenever there is a Panchayat election or reservation of a municipal body, these people have not implemented.